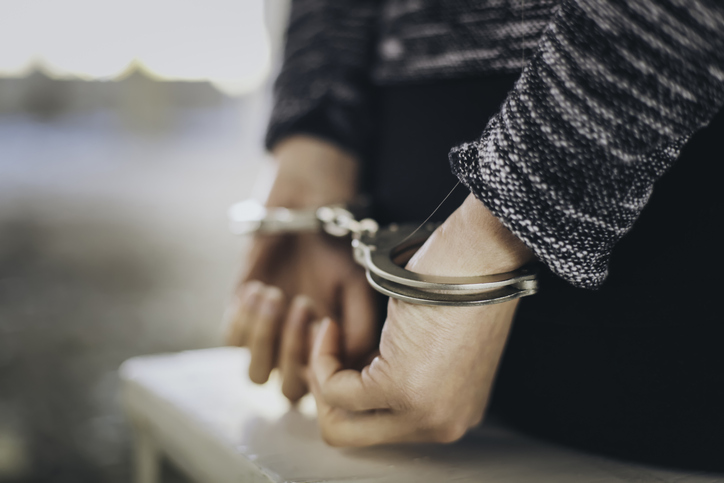 Photo: File / Getty Images
There are calls for a policy permitting the handcuffing of prisoners before and after giving birth to be scrapped, but the prison officers' union has said it is for the protection of staff.

Two separate reports by the Office of the Children's Commissioner into the Mothers with Babies Unit (MBU) in prisons have found multiple incidents where women were handcuffed before, during and after giving birth.

A 2020 report into a Christchurch unit found handcuffing shortly after giving birth and while in the late stages of pregnancy.

A 2019 report into the MBU in Auckland found female prisoners were handcuffed in labour or soon after birth in hospital.

It is illegal for female prisoners who are giving birth to be restrained, and Corrections' policy states that where a medical professional says a woman is in labour, restraints must be removed.

The 2019 report found guidance was unclear, as there were varying interpretations of when prisoners were to be treated as pregnant, and when they were giving birth.

Assistant Māori Commissioner for Children Glenis Philip-Barbara said it was difficult to judge when the actual birth of a baby was about to begin as women moved through the stages of labour.

She said handcuffing at any stage, but particularly post-partum, would have detrimental impacts on both mother and child.

"If mum's handcuffed in that all-important time trying to attach a baby to the breast while handcuffed, that's just going to interfere in all of that good skin-to-skin time that mother and baby both need."

One woman in the Christchurch MBU was left bruised after she was handcuffed for more than five hours in the late stages of pregnancy, while another woman was handcuffed during an ultrasound.

The report said it was "completely unacceptable" and expected the practice would be "discontinued".

Philip-Barbara said handcuffing a woman at any stage of labour did not align with the Corrections' Hōkai Rangi strategy - of treating all prisoners with dignity and respect.

"Not only does it bring into question their credibility to deliver Hōkai Rangi but also their ability to maintain the respect and dignity of the women in their care."

Corrections officers union Corrections Association of New Zealand president Alan Whitley said the use of restraints was to protect staff if there was a risk of the woman lashing out.

"I would say the majority of the time, the prisoners would not be handcuffed but if you've got a particular volatile prisoner, you've got to maintain public safety as well as safety for the medical staff ... and the custodial escorting staff."

Mita said the risk did not outweigh the harm of using handcuffs on women in labour and afterwards. She said women should not be subjected to the same conditions that men were in prison, as they had different offender profiles.

In a statement, Corrections' national commissioner Rachel Leota acknowledged "women respond differently to treatment and management", and said they had a strategy in place to redress the balance.

There had been at least one instance of a near-term pregnant woman escaping custody while on a hospital escort in the recent past, Leota said.

Work was under way to review and update policies regarding the use of restraints and the management of women during and after pregnancy.

Corrections Minister Kelvin Davis has been approached for comment.