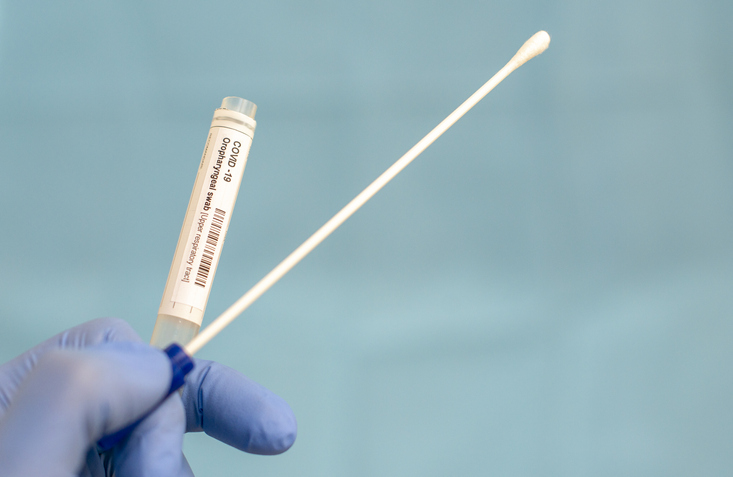 Photo: File / Getty Images
Officials are still scrambling to identify the source of infection for a man who tested positive days after completing managed isolation in Christchurch, as the Government prepares to announce whether the country can drop to alert level 1.

The mystery case recorded two negative results while quarantined in Christchurch but has now passed the virus on to two people in his household, including a student at a Mt Roskill school.

The four new cases confirmed yesterday - two in the community - come as Prime Minister Jacinda Ardern is due to announce changes to the country's alert levels after Cabinet meets today.

One of the people he infected is a child at Three Kings School in Mt Roskill, which the public health service says remains safe for children to attend as the student did not attend while infectious.

The student and two other close contacts are now in a managed quarantine facility.

"Having returnees stay in managed isolation for 14 days remains the gold standard, and this is also the approach adopted by other countries."

"It's a curious case," Otago University infectious diseases expert David Murdoch told Newstalk ZB's Mike Hosking today. "One theory is that it's a long incubation period. In very rare instances you do get prolonged incubation periods with this infection, but it would certainly be unusual."

He could not speculate on whether Auckland would move down from level 2.5 this week but believed the chances of New Zealand moving to level 1 were "pretty high".

There are 71 active cases - 36 are imported cases in MIQ facilities and 35 are community cases.

Three people are in hospital with Covid – one each at Auckland City, Middlemore and North Shore hospitals. All three patients are in isolation on a general ward.

He was unsure what advice people received upon leaving, but said they could be advised to avoid mingling with anyone other than those in their family group for a week, and to wear masks.

"Our procedures are going to be right in almost all situations. Now and then we will be tested by events that are right at the limits of what is normal."