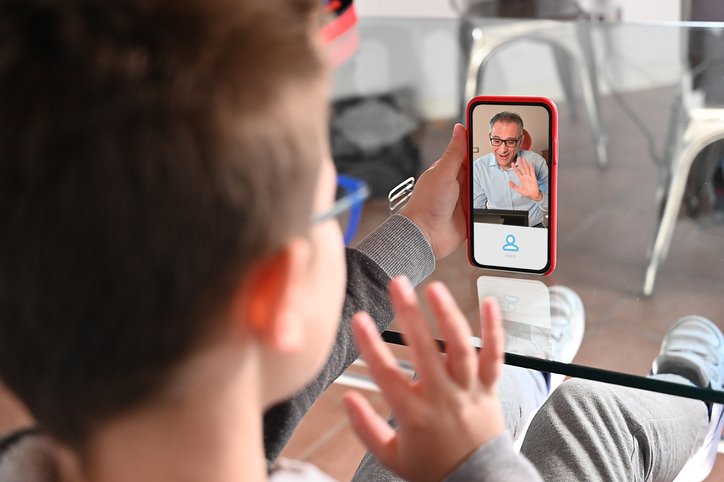 Photo: File / Getty Images
An alarming number of children are starting school with very poor language skills, with some only speaking like two-year-olds.

Education specialists say screen-time, time-poor households and poverty are all partly to blame.

More than 60 per cent of new entrants in some low-decile schools in Christchurch struggle to express themselves in words.

Of the 247 children tested by researchers at Canterbury University 16 per cent could not pronounce the few words they did know properly.

The director of the Child Well-Being Research Institute, Professor Gail Gillon, who is leading the study, said the root causes were complex, including household stress and parents working multiple jobs to pay for the necessities of life, leaving them no time to spend with their children.

Screen-time was also a factor because it reduces talking time.

"Children need to be interacting with language to learn language, so if we're cutting down the amount of time we're actually talking and sharing stories and talking with children ... we want to be doing the opposite. We want to be looking for plenty of opportunities to engage young children in language activities."

Children with poor language skills started school with a major disadvantage, she said.

Research by Auckland University oral language expert Jannie van Hees found 80 per cent of new entrants in some low-decile schools were up to one-and-a-half years behind in terms of their speech.

Some were three years behind - that means they were talking like two-year-olds when they started school.

Dr van Hees said a child who has grown up in a language-rich environment usually has a working vocabulary of 5000 to 6000 words - but many of these five-year-olds had less than half that.

"Already you're starting off from get-go with this 50 per cent reduction in your capacity to understand the language coming your way, but also to express yourself and understand the words and what they mean through your learning and through your interactions with others."

It was not just the words that were missing - but the ideas and concepts behind them.

Those children would struggle to ever catch-up, because the others were also progressing, she said.

"How many adults have we got in our country who are semi-literate? And how disempowered they are because they are."

Dr van Hees agreed the causes were complicated and she was reluctant to dump the blame on parents.

However it was undeniable these children were not getting the quality conversations they needed to develop their language - and "digital dummies" were no replacement for face-to-face talk.

"It's right frightening how even the tiny three and four-month-olds know how to wipe and swipe. Devices are gobbling up huge amounts of time ... that is a contributor."

One study from the University of Toronto found every additional 30 minutes of screen-time for toddlers was linked to a 49 per cent increased risk of delayed speech.

The Ministry of Health recommends no screen-time for under-twos and less than one hour each day for children aged two to five.

It is not just children's device use that is a problem, but parents glued to their smart phones are not giving their babies the eye contact and attention they need.

Plunket advisor Karen Magrath said it was understandable for new parents to spend time on their phones.

"As a new mother, that's your connection with the outside world as well so we're very reluctant to criticise that.

"But engaging with the screen is different - talking about what you're seeing. Babies love to see photographs of themselves. It's about making those interactions meaningful for them. It's all about 'serve and return'."

Dr van Hees agreed it was possible for children to have too much screen-time and not suffer any language delay, if they were also getting quality time with their primary caregivers.

Dr van Hees said it was "never too late".

Older children still have enormous potential to learn, given the right conditions - and language is the key to unlocking that potential.