Stuck in Christchurch: Critical care nurse desperate to get home 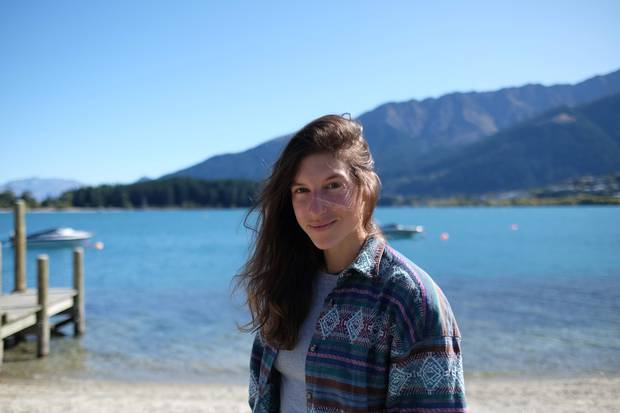 British snowboard instructor Lara Suleyman. Photo: NZH/Supplied
British critical care nurse Rachel Brockbank is desperate to get home to help save lives in a homeland being ravaged by coronavirus - but she is stuck in Christchurch because of our lockdown.

"I want to go back," she says. "I don't think my family want me to, but I feel that's where I should be. That's where I'm needed."

Brockbank came to Christchurch on March 8 with her husband Rob, their two boys, her mother and four other family members for her sister's wedding.

They were due to fly home on Wednesday with Emirates, but their flight has been cancelled.

They have looked into catching special daily flights from Auckland on Qatar Airways, but have been told they will cost up to £40,096 ($83,000) each - way out of their price range.

And in any case they can't get to Auckland because the only people allowed on domestic NZ flights and on the Cook Strait ferries under the lockdown are people who have to travel for essential services.

Queenstown-based British snowboard instructor Lara Suleyman, who has started a Facebook group Get Us Home.UK, says she has registered 2900 British travellers who are desperate to get home.

The British High Commission in Wellington said British Foreign Secretary Dominic Raab spoke to NZ Foreign Minister Winston Peters today to find a way to get home for more than 8900 British nationals who have registered as still stuck in New Zealand.

Immigration NZ said there were 117,458 people in New Zealand on visitor visas on March 14, many of whom were unable to leave before the lockdown on all domestic flights took effect at midnight on Friday.

Since then, visitors have only been able to leave New Zealand if they can get to an international airport by private car, because domestic flights, buses, trains, ferries, taxis, rental cars and ride-share services such as Uber are all restricted to people travelling for essential services only.

Similarly, returning New Zealanders are being quarantined in hotels for 14 days in the cities where they land before being allowed to travel on to their homes, unless they are picked up in a private car by someone who will live in the same house within five hours' drive of the airport. 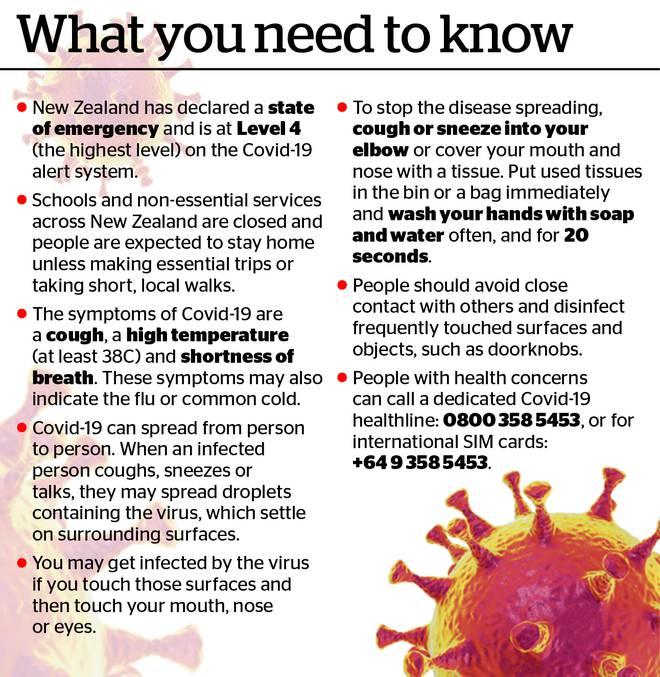 A Singapore Airlines spokesman said 450 to 460 people were expected to fly out of Auckland at 4.10pm today on a special flight to London with a "gas and go" stopover in Singapore where no one will be allowed off the plane except for about 80 Singaporeans who will stay there.

Qatar Airways has also put on daily flights from Auckland to Doha until April 17, but Suleyman said the prices were up to 10 times the normal prices of $3000-$4000.

The Guardian reported that a flight from Auckland through Doha to London on Tuesday March 31 was being quoted at £40,096 ($83,534), although the airline website offers tickets on both Tuesday and Wednesday "from NZ$16,594".

A Qatar Airways spokeswoman in Sydney said: "Remaining seats that appear for sale are the very last available in highest booking classes (First and Business) because of the thousands of seats already sold in the previous few hours.

"Ticket prices can be higher than usual to cover operational costs because the traffic is heavily one-directional, so we recommend passengers book as early as they can to secure the best available price," she said.

"As soon as our extra flights are loaded, they are selling out almost instantaneously. This is happening across all fare classes from lowest to highest due to huge demand."

Brockbank, who works in the critical care unit at Royal Preston Hospital in Lancashire, said she has been messaging MPs in Britain to try to get special flights similar to emergency flights which the German government has put on to bring its people home.

"We are just waiting. The [British] Foreign Secretary is discussing things with your Prime Minister," she said.

Her mother, who is 68 and has "underlying health conditions", and her mother's husband are staying with their newly-married daughter in Christchurch.

Brockbank and the rest of the family group were travelling around the South Island when the lockdown was announced and rushed back to Christchurch, where they are in Airbnb accommodation.

"We have tried everything," she said. "We've tried the travel agents at home, the airlines, everything." 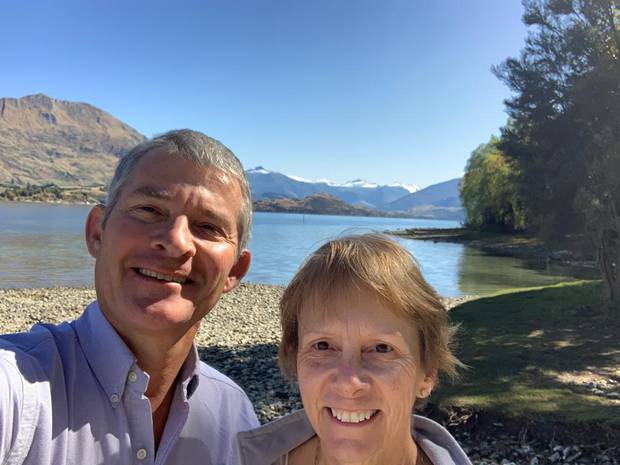 British visitors Tony and Jane Carruthers are stuck in Wanaka during the coronavirus shutdown. Photo: NZH/Supplied
Another British couple, Tony and Jane Carruthers, said the worst thing was the lack of information. They have been here on a long-promised two-month holiday to meet Tony's cousins, and are now self-isolating in a cousin's holiday home at Wanaka.

"If we could stay four weeks here, we could cope with that, but it's the lack of knowledge," Jane said.

"My husband's cousins have very kindly allowed us to stay in their holiday home, but obviously we can't stay forever. I have an elderly mother back home who is well, but I'm obviously concerned about her."

"But the NZ government's level 4 Covid response, which now limits domestic flights and transport to essential workers only, makes it hard for lots of British nationals to get to their international departures," it said.

"We are in touch with the NZ authorities on how we can get people to international departures in a way that is compliant with the level 4 guidance. UK Foreign Secretary Dominic Raab spoke to Foreign Minister Peters about this today. And we continue to explore all options to help get UK nationals home."