Students trapped in Auckland fear they may be falling behind 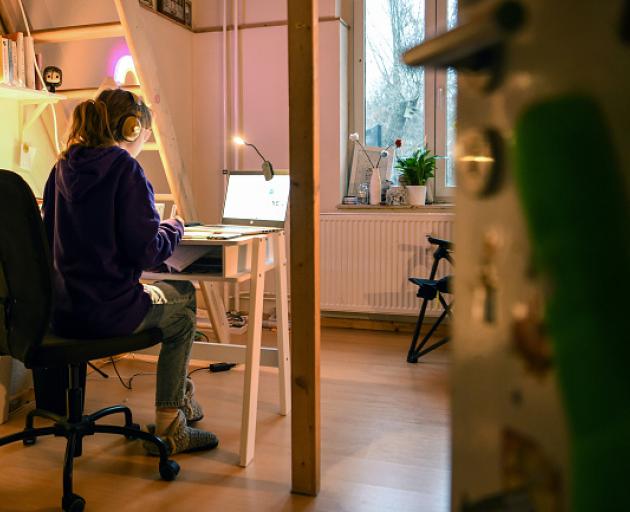 File photo: Getty Images
University students who are stuck in lockdown in Auckland say they are falling behind while most of their peers are able to attend classes in person.

Canterbury University deputy vice-chancellor Catherine Moran said it has about 450 students currently in Auckland and it is trying its best to ensure students don't feel too isolated.

"Our University of Canterbury Students' Association are going to work up a Facebook page called Auckland Plus for those students to be able to connect and share some of their stories with each other about being UC students and being hampered by the travel restrictions," Moran said.

"But we've also put in place some extra resources for separate kinds of tutorials for those students who are unable to come back to campus because we really don't want the students to feel disadvantaged."

Moran said students who've been stuck in lockdown will have this taken into account when it comes to assessments.

"We wouldn't do grades bumps or anything like that.

Victoria University of Wellington student Sophie Dixon is in her third year of a law degree. She travelled up to Auckland for the break but got stuck when the lockdown came into force on August 18.

"When lockdown hit, we weren't sure how long it was going to be, and all of my flatmates were also up in Auckland and not in Wellington. I didn't necessarily want to go back and isolate by myself in the flat. And so I just kind of didn't make a super conscious decision but was like I'll stay in Auckland and here I am, four weeks later."

Victoria University of Wellington is offering both in-person and online classes so those who can't get to campus are still able to study.

Although Sophie can attend remotely, she said lessons aren't tailored for those stuck at home, which is creating some challenges.

"When uni was all online we were getting clear online lectures that are delivered for online learners. Whereas now that Wellington back at alert level 2, we've switched back to dual delivery. Which means that most of my lectures are in person, and then I kind of have a less interesting or less catered for the online audience online option, which isn't ideal."

"Obviously the uni is trying to act in a way that caters for those students who want to go back to class, and I'd love to be someone who's able to go back to class. But there definitely is a difference between someone talking directly to a webcam and someone talking to a lecture theatre, and so you just kind of feel like your experience is less valuable than what it would be like sitting in a lecture theatre."

She said it has left her feeling unmotivated, fatigued and behind in her studies.

"The big issue is that we have big exams in a month and you can't really point to the fact that you've spent two weeks far less productive than everybody else, or under a heightened state of stress because you live in Auckland. And I think that's what worries me is people who can only engage online getting really behind on their work right now and then struggling later in the trimester, but how is the uni going to solve that problem?"

"Students are feeling really disheartened and they wanted to be back for the second half of trimester, and I think they're particularly worried about what this means come exams."

Other universities around the country have also been putting measures in place to allow students to learn online.

Waikato University student services director Mike Calvert said a number of their students are in level 4 in Auckland.

"We've got approximately 800 students whose home address is in Auckland and about 60 percent of those went back home when the alert levels changed and it just so happened that the alert level change occurred around the time of our teaching recess, so a lot of students would probably have been heading back home at that time anyway.

"Several hundred students will be in Auckland under alert level 4 so obviously a big component of our support has been focused on that cohort."

Even when Auckland moves to alert level 3, he's unsure if students will be able to return.

"We'd have to take advice on that. We want to do the right thing. We want to keep the community here safe and we have to balance that with the number of needs of those students."

"We've got a cohort of students from Northland, for example. We've supported them with the relevant documentation to ensure that they can transit through Auckland, so where necessary we can support students."