0 Comments
The burglars who ransacked three Christchurch businesses have been branded "ratbags".

Two men forced their way into the T-Sushi and Dubba Delux restaurants and the Caci Clinic next door, stealing cash and thousands of dollars of equipment.

CCTV footage from the T-Sushi break-in shows one of the offenders at work, while his co-offender stays outside, potentially as a lookout.

“It’s just horrible. They are ratbags, they just don’t care who they hurt,” she said.

Nielsen said because the burglars had taken all of their stock, the clinic couldn’t operate the following day and had to cancel all of the day’s appointments.

The break-ins happened in the early hours of Thursday.

“We were fully-booked but couldn’t open. It doesn’t just affect our business, it affects our clients too.” 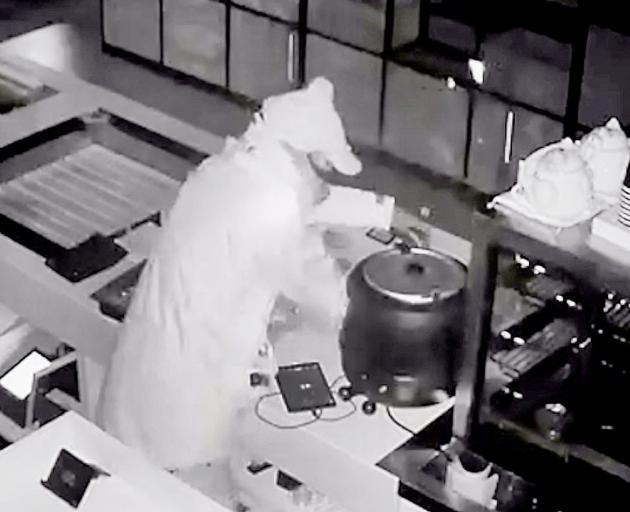 A CCTV image of an offender allegedly stealing items from the T-Sushi restaurant in Ferrymead. Photo: Supplied
Tiny Xu of T-Sushi said the offenders stole the Eftpos machine, an iPad, a laptop and about $700.

He is hoping CCTV footage will help identify those responsible.

“One can be seen wearing a very expensive Zhik sailing jacket, so I’m hoping some within the yachting community will recognise the man,” Xu said.

Lyttelton police Sergeant John Moody said that while there was no forensic evidence left at the scene, inquiries were continuing.

Police were reviewing the CCTV footage.