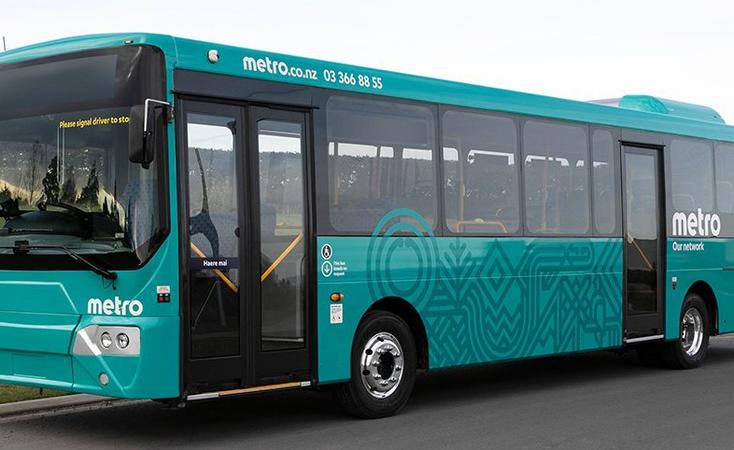 The Disabled Persons Assembly said negative feedback about the hard-to-see teal buses had been coming in thick and fast since the roll out in September. Photo: Christchurch City Council
The new teal colour being used on buses in Christchurch is causing problems for the visually-impaired who cannot see them coming.

The design, chosen by Environment Canterbury to reflect the city's links to water, replaces the brightly-painted buses the city used to have, which the visually-impaired found much easier to see.

The regional council spent $93,887 coming up with the new colour and a design reflecting Canterbury's native species and natural landscapes.

The money went on "discovery research, concept development" and "cultural narrative development" among other things, but not it seems on making sure it was fit for purpose for a group of people often reliant on public transport.

Disabled Persons Assembly head Prudence Walker said negative feedback about the hard-to-see teal buses had been coming in thick and fast since its roll out in September.

"Teal's a really difficult colour to have any contrast around and blends in quite nicely, which makes it really hard for people with low vision to be able to identify it against whatever background that's going past or maybe if there was a whole lot of buses all lined up together, that might make it more difficult to identify."

The old system of using four different bright colours depending on which route the bus was on was easier for the visually-impaired to see and easier for those with learning disabilities to understand, she said.

Given the reliance of so many of her members on public transport to get around, she would have thought they would have to be consulted before any changes were made.

"If you're running a service, you want to know that it meets the needs of the people you're providing that service for."

"As soon as they said it, the penny dropped for me and I was actually quite angry and annoyed that the vision-impaired community had not been consulted to make sure, as a community that per head of population is a high user of buses, they should have been involved in that conversation."

The failure of organisations to employ those with disabilities often led to mistakes such as this, he said.

"And when you do that you have oversights like this because no one in your company or organisation is representative of those people who you're servicing. So it's very easy for you or [me] to not even think of that when you're deciding [on] a bus colour." 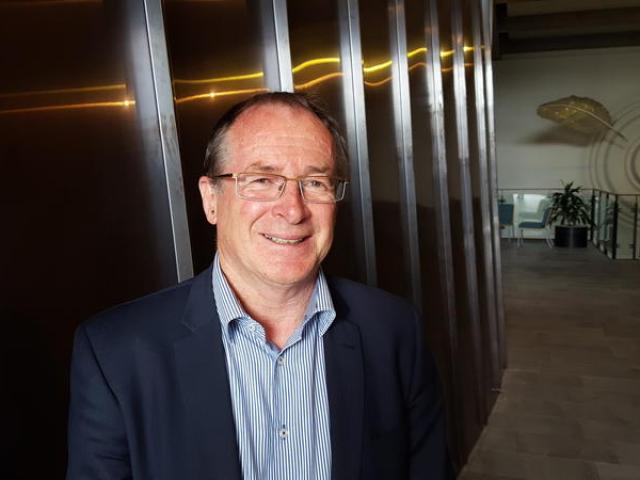 Phil Clearwater. Photo: RNZ / Conan Young
Regional councillor Phil Clearwater, who drove the change in bus colours, said he wanted to hear what staff had to say before commenting publicly.

He said the failure to talk with the visually-impaired and those with other disabilities was a "mistake" and happened due to Covid and the lockdown, which prevented the normal level of consultation from taking place.

Walker said that was not good enough.

"Covid's a good thing to hide behind this year, isn't it? I would think that it's quite important to consult with 24 percent of the population who identify as disabled people.

"Maybe it should have been put on hold because I suspect that it might cost more in the long run by not having done that consultation."

Walker wanted the regional council to talk to disabled people to find a solution so that her members were not left waiting and wondering if their bus had arrived yet.