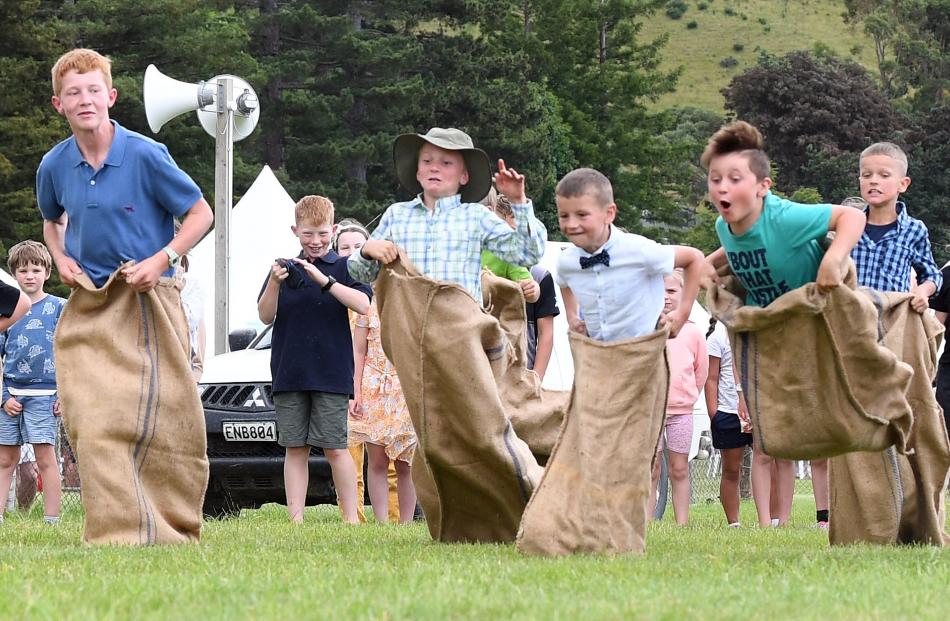 The competition was fierce in the sack race although James Cooper (9, centre) went from first to last after overcooking his jump. PHOTOS: STEPHEN JAQUIERY 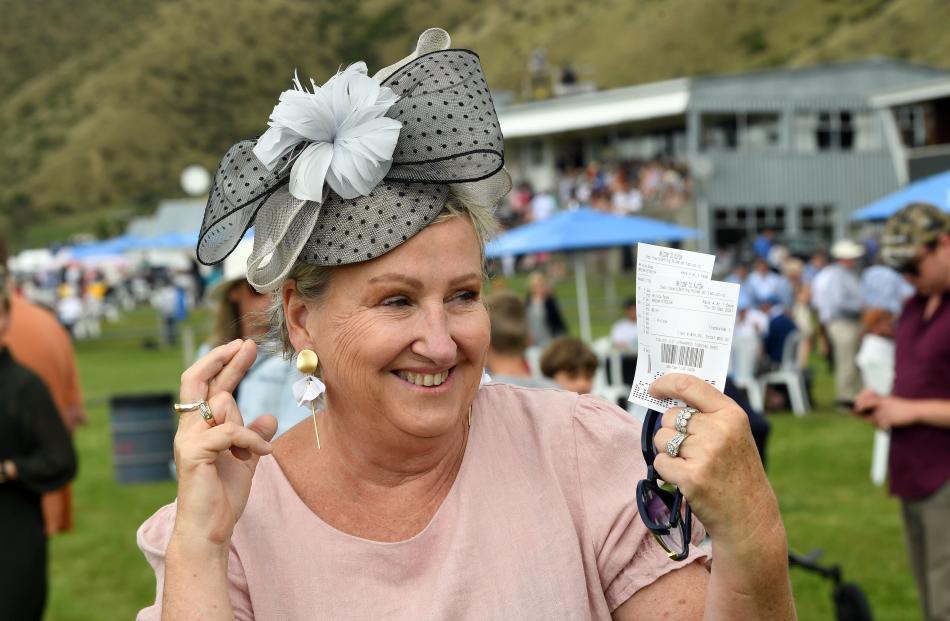 Debbie Smith, of Otematata, hopes she has a winning ticket. 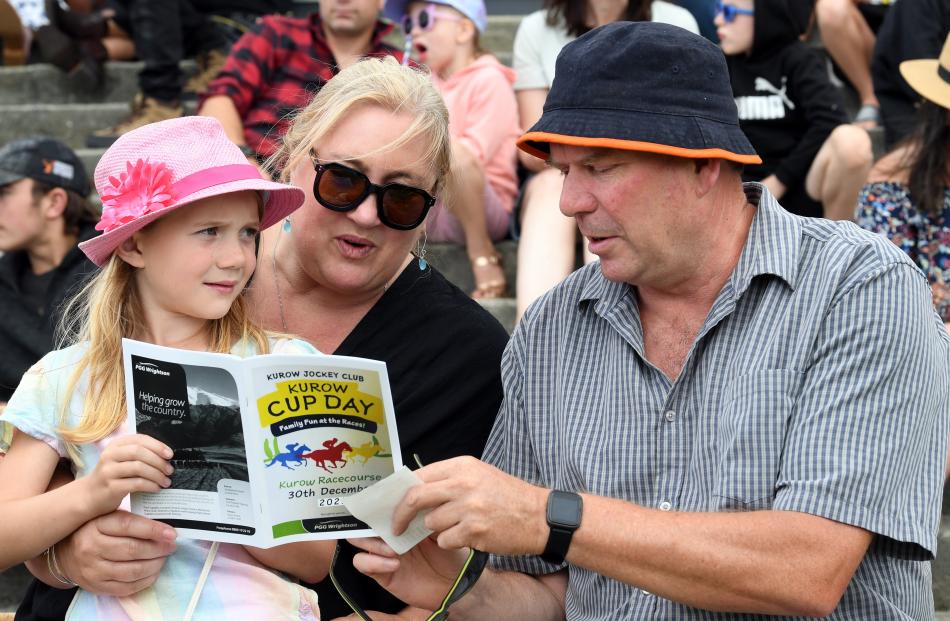 Paige McLeod (7) checks out the form with Kylie and Alex McLeod, all of Christchurch. 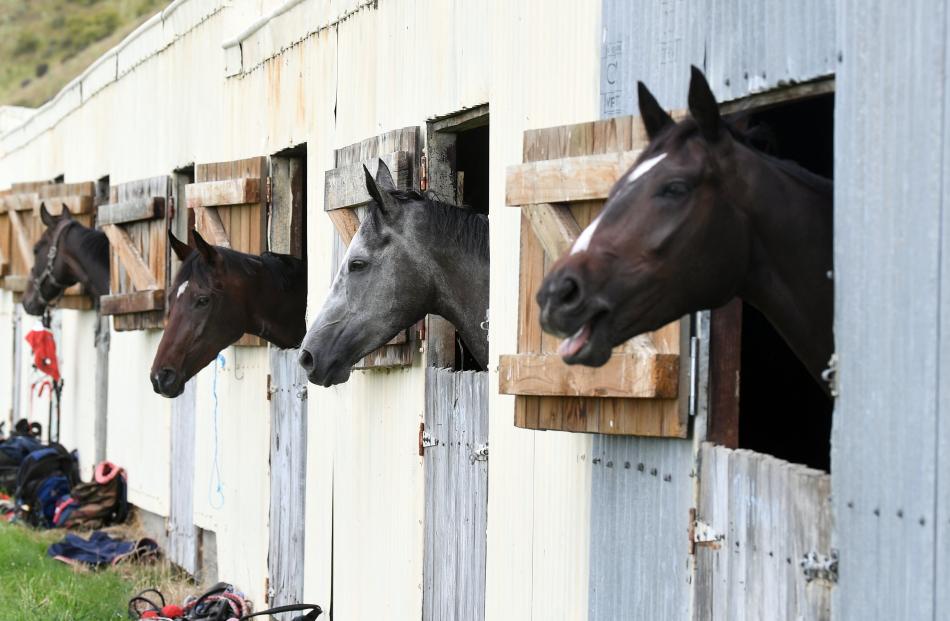 Horses wait in their boxes before racing. 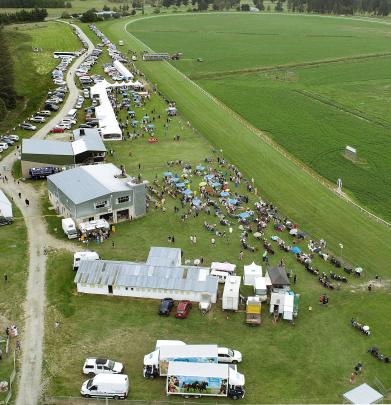 Punters line the final straight as horses prepare to start a race. 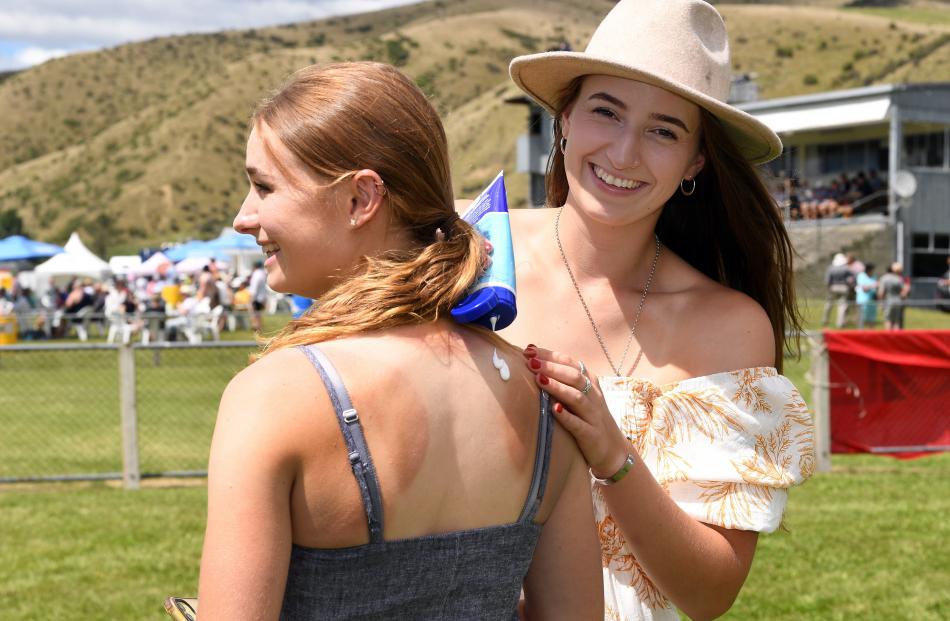 Sharni Ross, of Oxford, gets some sun protection — perhaps too late — from Addy Sinclair, of Matamata.

Kurow Jockey Club president Simon Williamson said it had been "an excellent day".

The weather was warm, and although rain threatened for most of the day, it held off just long enough to allow racing to be completed.

"Everyone’s really happy and they seem really relieved to be out and socialising again," Mr Williamson said.

"The vax pass system seemed to work quite well — there haven’t been too many problems. People knew about it beforehand."

Feedback from the trainers and jockeys was that the track was in perfect condition.

The winner of the Kurow Cup, the "race of the day", with a $25,000 prize pool, was So Natural, trained by Bruce Tapper and Varma Ramhit.

"It was an outsider that came in and it was great. They’re local Timaru people," he said.

Otematata woman Debbie Smith, who had travelled to Kurow with a large group of friends for the day, said everyone was in a "bubbly mood".

"Everyone is loving being finally at something we’re allowed to have."

Although she had had little luck betting on the horses, a lot of her friends had been successful.

"Everyone’s having a great time and there are lots of wonderful outfits.

"We’ve had all four seasons, but it hasn’t stopped everyone having a great time," she said.