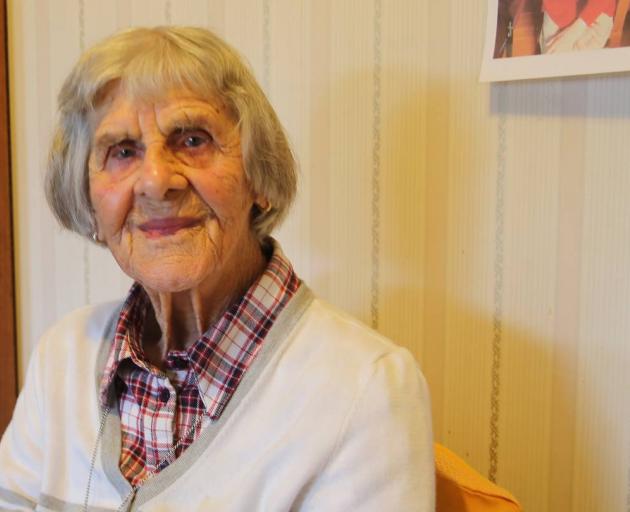 Ashburton elderly resident Doris Wakelin is uncertain around whether she needs a Covid-19 jab. Photo: Adam Burns
An Ashburton woman who turns 104 next month believes a Covid jab is unnecessary, despite falling within a heightened risk vaccine group.

Doris Wakelin believes she is heading to "the end of the road" and that getting the vaccine is not worth the effort.

"I know of two or three elderly people who have already had it and they were very sick afterwards," she said.

"I've been tossing up whether it's going to be worth the effort.

Because of her age, Wakelin falls into Group 3 of the vaccine rollout categories and says she has not been offered any advice on the matter.

Bookings are now open for this group although some vulnerable residents may have to wait until the end of next month at least because of a nationwide shortage.

However, until last week's domestic developments where it was revealed a Sydney man travelled to Wellington while infected with the Delta variant of the virus, Wakelin was indifferent about the vaccine.

"The only thing that is worrying me is the more viral one they found up in Wellington," she said.

"It's made me more aware that it is getting closer to home.

Although not as agile as she once was, she gets out and about in the community a handful of a times a month.

Covid risk was less of a concern compared to fluctuating temperatures and other health issues, she said.

"I can't afford to catch pneumonia," she said.

"If I catch that, it's curtains...because your immune system is going down."