But there were concerns expressed by councillors around the ongoing implications for local businesses in the area, and a lack of vibrancy which ignored views of younger members of the community.

A $15 million re-vitalisation of Ashburton's town centre has nudged itself past the halfway point, with project leaders confirming the work was on time, and on budget.

The project, which is part of council's wider Three Waters infrastructure upgrades, involves the restorations and upgrades of water infrastructure, new roading and footpath surfaces and development of urban landscape features within the middle of the Mid Canterbury town.

An update was provided to councillors at an activity briefings meeting last week.

It was confirmed that the project was 51 percent complete, with a total spend of more than $7.3 million thus far.

"We are on programme as far as all aspects of the project, from the pipelines to the roads, to the roads," Council infrastructure services manager Neil McCann said.

The work in Ashburton's CBD, which has restricted access along East Street and other neighbouring streets, has had a mixed response by residents and business owners who had experienced a downturn.

Ashburton Ward councillor Carolyn Cameron queried the presence of numerous road cones along Tancred Street, despite no work being completed in the area.

"The road cones are everywhere and it is a disincentive for people to cross the street to go to businesses on the other side," she said.

Eastern Ward councillor Lynette Lovett added there was a distinct lack of colour conveyed in an artists' impression of the finished project.

"When we consulted on the plans, the youth of the town wanted colour brought into the CBD," she said.

"The only colour I see on the plans is around the rubbish bins."

A leak in the water fountain on East Street, which was soaking in an area which had been paved, was also being addressed by council contractors.

Council staff confirmed the "unforeseen costs" would not come out of the town centre budget.

Work is expected to be completed by November 2021. 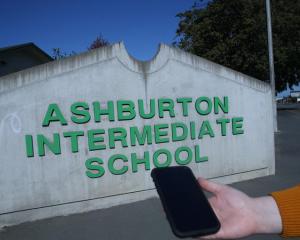