Police were first alerted to the incident on Robinsons Rd yesterday afternoon. Image: Google Maps
Police have tonight named the four-year-old boy who died after being hit by a forklift in Canterbury.

He was Jackson Bruce White, of Prebbleton.

Jackson received medical attention after being struck on Monday, but died at the residential property in rural Prebbleton, just south of Christchurch.

The New Zealand Herald understands the boy's father is a Lincoln volunteer firefighter, a brigade which had two units respond to the worksite incident.

Fire and Emergency New Zealand Area Commander Dave Berry said their thoughts are with the family and everyone involved in this deeply sad event.

“We are providing support to the Lincoln Volunteer Fire Brigade including counselling and professional psychological support if required.

“Further support is also available to them and their families if they need it.”'

Lincoln Grain and Produce, a family-owned business that produces stock feed, said on Facebook that due to the “tragic event” it would be closed for the rest of the week.

“Please forgive us for not answering the phone during this time,” the post reads.

Selwyn District Council mayor Sam Broughton said his condolences were with the family.

“It’s a very hard situation for anyone to face.”

Broughton said it was a very close-knit community and caring for each other is something they did well.

Police were first alerted to the incident on Robinsons Rd about 1.50pm yesterday.

They confirmed that a 4-year-old received medical attention but sadly died at the scene.

“Police offer their sympathies to the family during this tragic time,” a spokesperson said.

WorkSafe has opened an investigation into what happened, but could not comment further.

A spokeswoman confirmed investigations can often take up to a year. 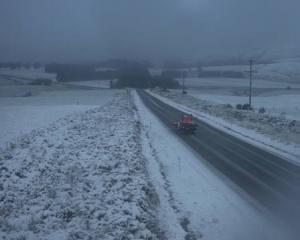