Fishermen first reported algae in Lake Wanaka in the early 2000s.
Almost $1.1 billion in the Budget has been put towards restoring the environment, with money for eradicating wallabies, cleaning up Wanaka and clearing wilding pines.

The Government expects the $1.1 billion in investment to create about 11,000 jobs.

Waterways, wildlife, wallabies and wilding pines are particular focuses of three different initiatives to create more jobs in nature and the regions.

The spending is broken down into:

Conservation Minister Eugenie Sage said the $1.1b investment would support thousands of jobs "and pay dividends for generations by giving nature a helping hand".

A total of $433m will be injected into regional environmental projects that will create 4000 jobs over five years, Environment Minister David Parker said.

The programme is aimed at improving New Zealand's waterways in partnership with local government and farmers.

"It will include restoring mini wetlands, stabilising river banks, removing sediment, and providing for fish passage. The funding will support employment across New Zealand, including the Kaipara catchment.

"This package allows businesses considering redundancies and downscaling to redeploy their staff on environmentally focused activities in their home region. When those businesses are able to rehire again, workers can return to their previous roles," Parker said.

DoC will work with councils, iwi and local businesses, like tourism operators, to provide nature-based jobs which Parker said would help get New Zealand working again.

A third environment jobs initiative will create 1800 jobs in the regions through agencies like QEII and Landcare Trust, regional councils and landowner groups.

Sage said, "The workers will help protect and restore indigenous biodiversity and habitat, help with revegetation of private and public conservation land and undertake riparian planting.

"There is an opportunity in these regions for people who have lost their jobs in other sectors to move into this habitat work, and the four-year investment programme will give businesses the certainty and confidence to invest and build their capacity and capability."

The $315m package for pest eradication and management is broken into:

• $148m for DoC to ramp up pest control and eradication, including advancing Predator Free New Zealand and working with iwi to prevent the collapse of North Island forests.
• $27m for the Ministry for Primary Industries to get populations of wallabies in the Bay of Plenty, Waikato, Canterbury and Otago under control.
• $40m for Land Information NZ to undertake pest and weed control in rivers on Crown land.
• $100m to help control wilding pines.

The $40m for waterways will be run by Land Information New Zealand and will focus on "much needed pest and weed control" on South Island riverbeds, Sage said.

Aquatic weeds in lakes like Lake Wanaka would also be tackled.

Last month, a report warned our freshwater was at breaking point with nearly all of the country's rivers and lakes in populated areas exceeding environmental guidelines.

In the North Island, the focus will be saving forests from collapse because of the impacts of possums, pigs and deer and is crucial to helping nature and the climate.

Wallaby populations will also be knocked back as they pose a threat both environmentally and economically by competing with livestock for food - three Bennett's wallabies can eat the equivalent that one 50kg sheep can.

Agriculture Minister Damien O'Connor said wallaby populations had been spreading rapidly in Bay of Plenty, Waikato, Canterbury and Otago and had created additional pressures for agriculture, forestry and conservation.

Forest & Bird this year urged the Government to invest $100m over four years to contain the spread of the pines, which were a $4.6b threat to farmland.

And that's exactly what's been delivered.

The $100m of operational funding over the next four years contributes to a 10-year programme which the Government said would deliver a $6.3b benefit to New Zealand by protecting farmland, water availability and biodiversity.

It would also create about 600 jobs annually which require different skill sets including labour, heavy machinery operators and helicopters. 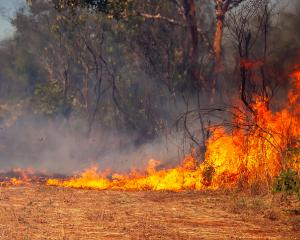 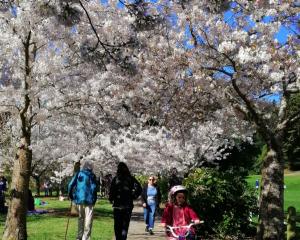 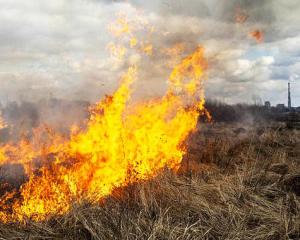 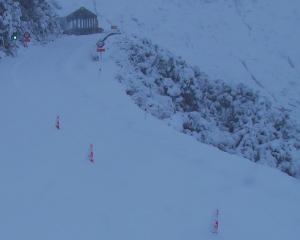