Carving stolen from Kaiapoi Pā: Offender says he 'found' it 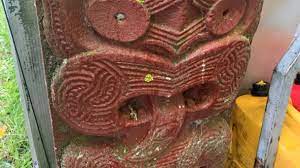 The Kaiapoi Pā stone carving has been returned. Photo: Supplied
A man who claims he "found" a 250kg century-old Maori carving on a dirt road - which took six police officers to lift - was considering selling the historical artefact before police raided his home.

The stone-carved monument, with major cultural and tribal historical significance, had earlier been stolen from the Kaiapoi Pā, 30km north of Christchurch – once the Ngai Tahu tribe's largest and most important stronghold after migrating from the North Island.

It was also the site of a bloody 1831 massacre carried out by Ngati Toa chief Te Rauparaha – the "Napoleon of the Southern Hemisphere".

Police carried out a search warrant at the Leithfield home of Jeffrey White-Parsons on June 1.

Inside a shed at the front of the property – some 15km from the pā – was a carved Maori artefact made from stone.

Officers traced it back to the Kaiapoi Pā, dating it to the 1890s. 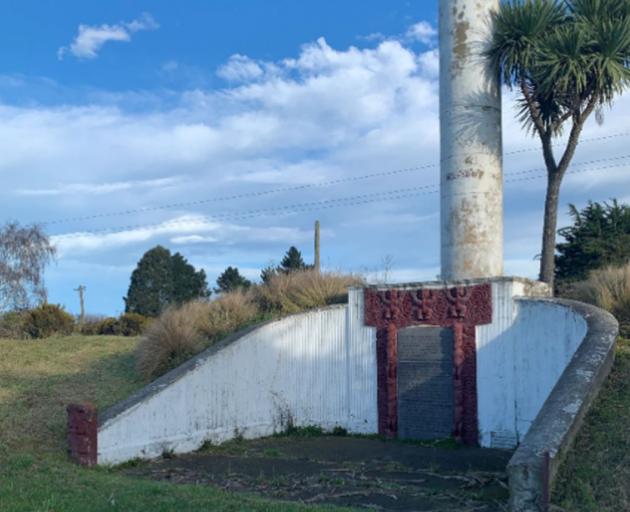 The carving was stolen from the historical Kaiapoi Pā. Photo: Supplied
When White-Parsons, 40, was spoken to by police, he claimed that he had found it on a dirt road by a large grassed area near Waikuku.

He admitted making no attempt to find the owner and that he was considering selling it.

White-Parsons was charged with receiving stolen property – and later pleaded guilty at Christchurch District Court, along with receiving a 3000-gallon water tank valued at $300, a $6000 boat trailer, and a $5500 vehicle.

When he entered guilty pleas at court this week, the police prosecutor told Judge Mark Callaghan that the "historical" carving was valued at $15,000.

He will be sentenced next month.