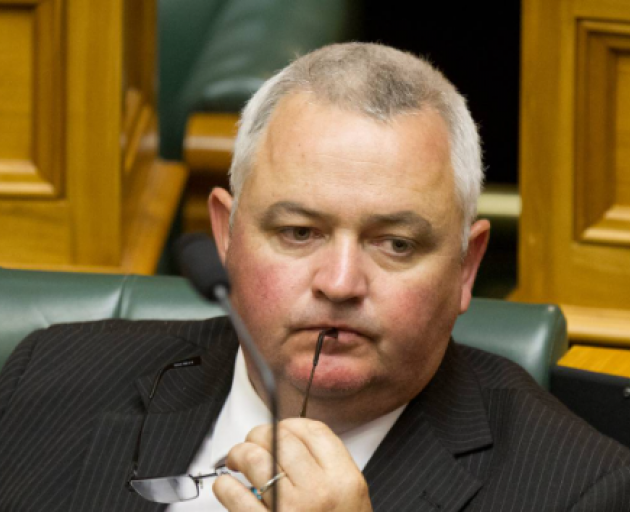 New Zealand First leader Winston Peters said Prosser represented the party as a list MP in Waimakariri between 2011 and 2017.

"It is with sadness that we have learnt of the sudden passing in the UK of ... Richard Prosser," Peters said.

"Our thoughts and prayers are with his friends and family at this sad and challenging time."

Radio Central reported it was saddened to learn of the sudden death of "friend and UK correspondent Richard Prosser".

"Richard was a lovely, clever man and I will miss him greatly," it said.

The Counterspin website, one of New Zealand's biggest online platforms for anti-vaccination campaigners and conspiracy theories, said: "After hearing the sad news in our chat, we can confirm that Richard Prosser has left us after a long battle with depression."

He began his political career in the South, standing for the Democrats for Social Change in the 2005 election in former Otago electorate.

He also had unsuccessful runs at the Central Otago mayoralty and a CODC council seat in 2007 before founding the South Island party in 2008.

Prosser entered Parliament as a NZ First list MP in 2011. Soon afterwards it emerged he had previously been advocating for banning the burqa in New Zealand in an article for Investigate magazine.

He released a book outlining his political views called Uncommon Dissent in 2012, in which he claimed that New Zealand and Western society had been "hijacked by a conspiracy of Silly Little Girls".

His most controversial moment as an MP was his "Wogistan" comment the following year.

Writing for Investigate magazine, Prosser stated: "If you are a young male, aged between say about 19 and about 35, and you're a Muslim, or you look like a Muslim, or you come from a Muslim country, then you are not welcome to travel on any of the West's airlines."

Prosser further stated the rights of New Zealanders were being "denigrated by a sorry pack of misogynist troglodytes from Wogistan, threatening our way of life and security of travel in the name of their stone age religion, its barbaric attitudes towards women, democracy, and individual choice".

In May 2020 Prosser claimed the Covid-19 pandemic was a global conspiracy intended to transfer greater power to financial and political elites.

WHERE TO GET HELP:
If you are worried about your or someone else's mental health, the best place to get help is your GP or local mental health provider. However, if you or someone else is in danger or endangering others, call police immediately on 111.