Family on boat stuck on Kaikōura coast rescued themselves - coastguard 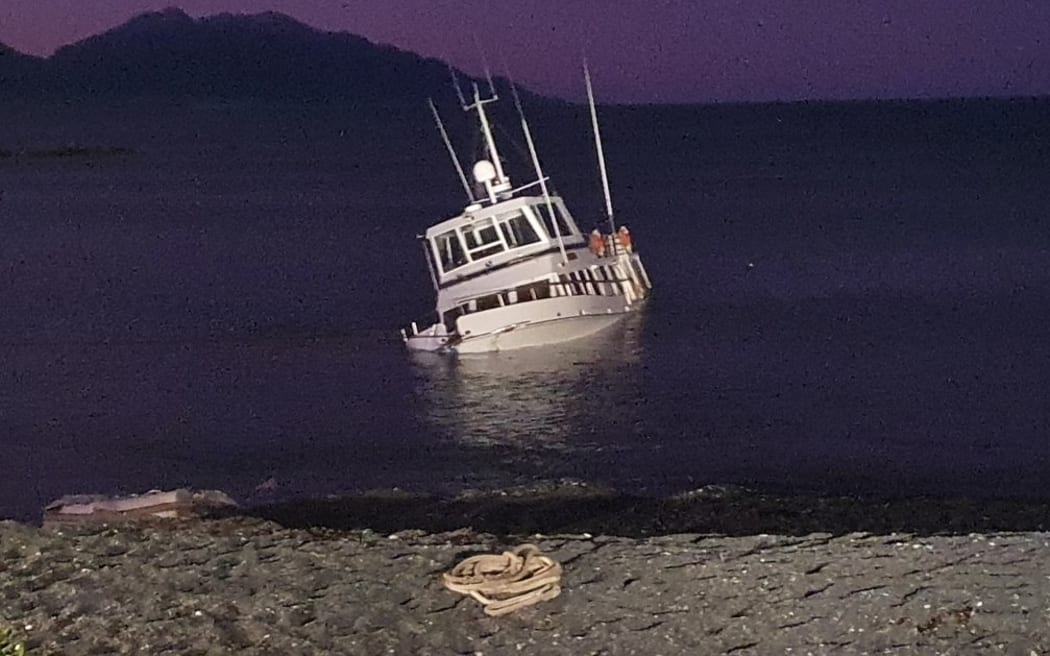 Coastguard Southern Region manager Cheryl Moffat said the skipper noticed the anchor was dragging and went to reposition it.

"They decided to lift the anchor to try and reposition it. Unfortunately, the smaller boat that they had on the back, the tow rope for that got caught around the propeller of the boat... They managed to put the anchor back down but it still wasn't holding and they drifted onto the rocks."

The skipper then called for help - but before a Coastguard crew could set off, the family met them on shore, Moffat said.

"My crew were getting themselves together to go out, and they managed to rescue themselves on their other little boat, so that was a great outcome."

Photo: Environment Canterbury
The family were unharmed though the two children were a little shaken up over the incident, she said.

Kaikōura locals helped tow the boat to sheltered waters about metres off the shore yesterday and it is now up on the beach.

"The forecast going forward for the next couple of days is really favourable to get that vessel removed without her breaking up," she said.

There was minimal damage to the reef from the impact.

A small amount of diesel sheen may be seen with tidal movements b the fuel tanks were sealed and it will likely evaporate, dispersing quickly, Parr said.

Safe removal of the fuel tanks was being expected today, and an attempted salvage of the boat was set to happen at low tide, around lunchtime.

Kaikōura is a popular Canterbury boating and fishing spot.

Moffat said the coastline was changed dramatically following the 2016 earthquake when 120 kilometres of sea floor was thrust upwards by close to six metres in places, and can be dangerous.