"Sticking to the plan" has come at a cost to Hurunui ratepayers. 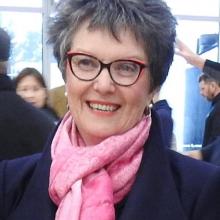 Marie Black. Photo: File image
The Hurunui District Council says it will not budge from its 2021/31 Long Term Plan priorities to improve its roading network and other infrastructure, which has resulted in an average rates rise of 10.5 per cent.

The council adopted its 2022/23 annual plan at its council meeting on Thursday, June 30.

A rates rise of just 4.99 per cent had been signalled in last year’s LTP.

Mayor Marie Black said the rates rise was due to inflation and the impacts of Covid-19, as the council looks to honour its commitment to three waters, roading, footpaths and building new public toilets.

But the council opted to reduce funding for other projects, such as strengthening work for earthquake prone buildings.

"We’ve had to leave off some projects, and it has been a difficult decision as to what must stay and what has to go," she said.

"Unfortunately, local councils sit the same as everyone else, and are not immune to the current economic challenges.

"Every household in the district will be feeling its own pinch as we ride this wave, but what I can confidently say is that the council is sticking to its game plan, sticking to its promise to continue to deliver key services to everyone in Hurunui."

More than $1.7 million has been earmarked for roading and footpaths in the next financial year.

The council recently renewed its roading contract after a period of seven years and has allocated a budget increase of 30 per cent .

The biggest expense is three waters (drinking, waste and stormwater), with the council committing $11.4 million to water projects and a further $1.4 million to sewerage.

Services such as new public toilets, and transfer station and reserve improvements account for another $1.5 million.

Black said the impact of Covid-19 had been felt in the performance of the Hanmer Springs Thermal Pool & Spa, which is owned by the council.

The availability of contractors, a competitive market for retaining staff and an increase in interest rates have all taken a toll, she says.

News of the rates rise has received a mixed reaction from ratepayers, with some understanding the need to maintain services.

Some submissions included in Thursday’s council agenda questioned how the rates rise could be justified in the present economic environment. In a submission, Federated Farmers North Canterbury president Caroline Aymes had urged the council to keep rates below the rate of inflation.

But she applauded the council’s decision to push ahead with its roading and infrastructure improvements.

"The effective management of infrastructure, such as the roading and bridge network, is crucial to the viability and wellbeing of rural communities and to ensure their contributions to the regional and national economies."