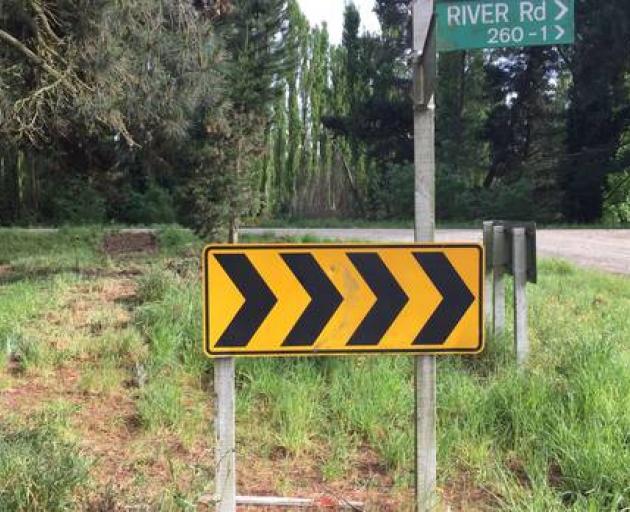 A 6-year-old boy died after a car failed to take the bend at Lehmans Rd and River Rd near Rangiora on Tuesday and launched over a river stop bank. Police are investigating. Photo: NZ Herald
A car that crashed into a tree after launching over a North Canterbury river stopbank at high-speed and killing a 6-year-old child caught fire and exploded, witnesses say.

A major police investigation is underway to discover the cause of the horror crash which killed the schoolboy and severely injured his father.

The crash happened at the bend of Lehmans Rd and River Rd near Rangiora Racecourse at around 4.15pm on Tuesday.

The car failed to take the sharp corner while travelling at speed, hit the Ashley River stopbank, and launched across the bank and into trees.

It then caught fire before neighbours report hearing a loud explosion shortly afterwards, followed by screams.

No other vehicles were involved.

The child died at the scene.

The boy's father was airlifted to hospital by Westpac rescue helicopter in a critical condition. He has since been transferred to Middlemore Hospital in Auckland, where he is being treated for serious burn injuries.

One local woman said that shortly after 4.15pm on Tuesday she "just happened to look out the window and saw all these flames".

She then reports hearing "a big bang" shortly afterwards and then "someone screaming".

A distressed woman at the scene reported driving and seeing the vehicle pass her at high speed and failing to take the bend.

"She said she saw them going really, really fast and going straight over [the stopbank] and hit a tree. She was really upset," the local woman told the Herald.

"It was lucky there were no other cars on the bank or dogwalkers – it's pretty busy along there. It's just horrible."

Locals believe that the child lives near the crash scene.

Police say they are still investigating.