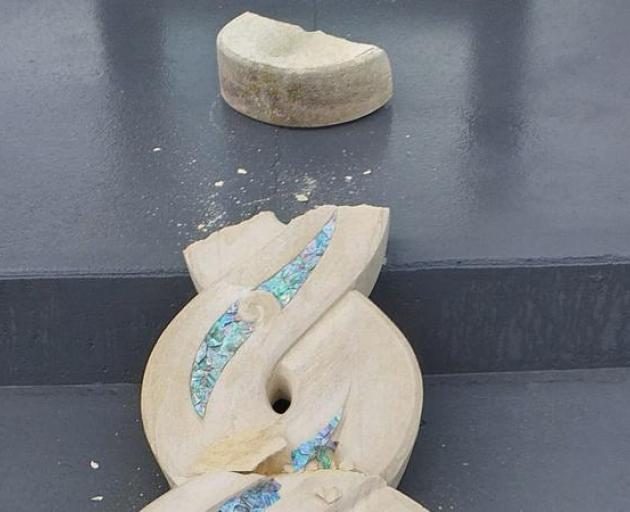 The limestone sculpture which featured a pāua insert, a memorial to the two victims of the 2014 WINZ office shooting, was left smashed last week, sparking outrage among residents.

In the shooting, Work and Income employees Susan Leigh Cleveland and Peggy Noble were shot and killed after gunman Russell John Tully stormed the Cass Street office on September 1, 2014.

Ardern was in Ashburton this week where she met with Mid-Canterbury community and rural leaders to discuss ongoing support following last month's floods.

She spoke to Local Democracy Reporting where she expressed her disappointment at the vandalism.

"I can't imagine what it would be like for the family and friends and colleagues to not only have the grief of that loss but the memorial damage.

"It's absolutely senseless and can't imagine why someone would do something like that."

Ashburton community groups are coordinating funding for a replacement for the feature.

It is the second time the memorial had been targeted by vandals after it was destroyed a few years ago.