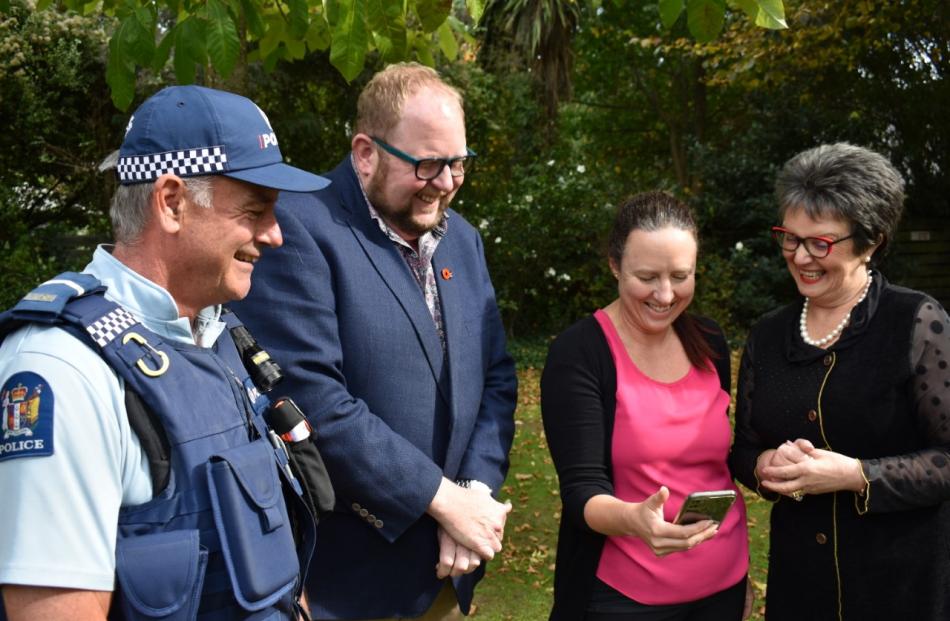 Photo: Supplied
A smartphone application to help rural communities has been developed, after it was found more than three quarters of crime on farms goes unreported.

It is part of a rural crime prevention programme being trialled in the Waimakariri and Hurunui districts over the next two years, beginning from this week.

It is hoped the Rural Reporting app can help lift public reporting of incidents and suspicious activity.

Users can capture a photo and enter further details which generates a report.

They can also use the app offline, by saving reports and later uploading them when back in cellphone coverage.

Police senior constable Tony Maw says it is similar to the Snap Send Solve app used by some district councils.

"If we don't know about it, it's not happening," he says.

"If we can see there is a problem, then we're in a position to do something about it."

The most frequent crimes highlighted are illegal hunting and poaching, followed by property theft and slaughtering or theft of livestock.

However, a police survey reveals rural crime was largely unreported.

Mr Maw says this was a factor in about 80 percent of rural incidents.

"We've discovered it's not just fuel theft, but it's also hunting and trespassing.

He says there has been some investigation as to what barriers are preventing community members reporting incidents.

The app will not "replace" standard services including 111 for emergencies or the 105 online service.

"It's just another reporting channel."

The trial will also utilise "geospatial capability" to create a rural crime dashboard for the area.

All reported crime and suspicious activity will be mapped on the dashboard.

Mr Gordon says the community has been concerned around a gradual rise in rural crime.

"It's great to see the Police looking at new ways to equip farmers to report rural crime and be involved in combating this rise," he says.

"I'd strongly encourage everyone in our rural communities to download this app and use it to report suspicious activity, and help play a part in making our rural areas safer."

An increase has also been felt further north in the Hurunui district.

Mrs Black says the app will provide a direct link for rural residents and the Police to react to crimes in rural Hurunui.

"As a large rural district, I often hear farmers talk about the rise of rural crimes like fuel theft and poaching and how it affects them. I think the functionality will also help in how quickly Police can respond and start investigating these crimes."