Severe gales are set to return to parts of Canterbury from tomorrow.

A MetService spokesman said a ridge of high pressure is slowly moving north over much of the country today, bringing a reprieve to the recent windy weather.

However, a front, preceded by strengthening northwesterlies, was expected to approach New Zealand from the Tasman Sea later today, and move east across the country tomorrow and on Wednesday.

He said the front was expected to bring a period of heavy rain to western parts of the South Island, and clear skies and warm gale northwesterlies to the east.

"On Tuesday and Wednesday, there is a high confidence of rainfall accumulations approaching warning amounts in Fiordland and Westland.

"Also on Tuesday and Wednesday, there is a moderate confidence of northwest gales becoming severe in exposed parts of Southland, Otago and inland Canterbury."

He said severe gales might gust to 120km/h and it was possible they could damage trees, powerlines and unsecured structures.

Driving might also be hazardous, especially for high-sided vehicles and motorcycles.

"People are advised to stay up to date with the latest forecasts in case part of this watch is upgraded to a warning or further areas are added."

He said temperatures were forecast to rise initially to a high of about 19 deg C tomorrow.

However, he advised residents to make the most of the warm windy weather because rain and cooler temperatures were forecast for much of the region in the second half of the
week. 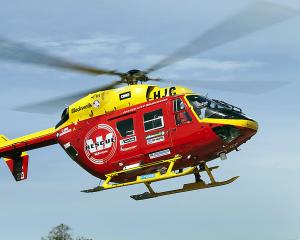