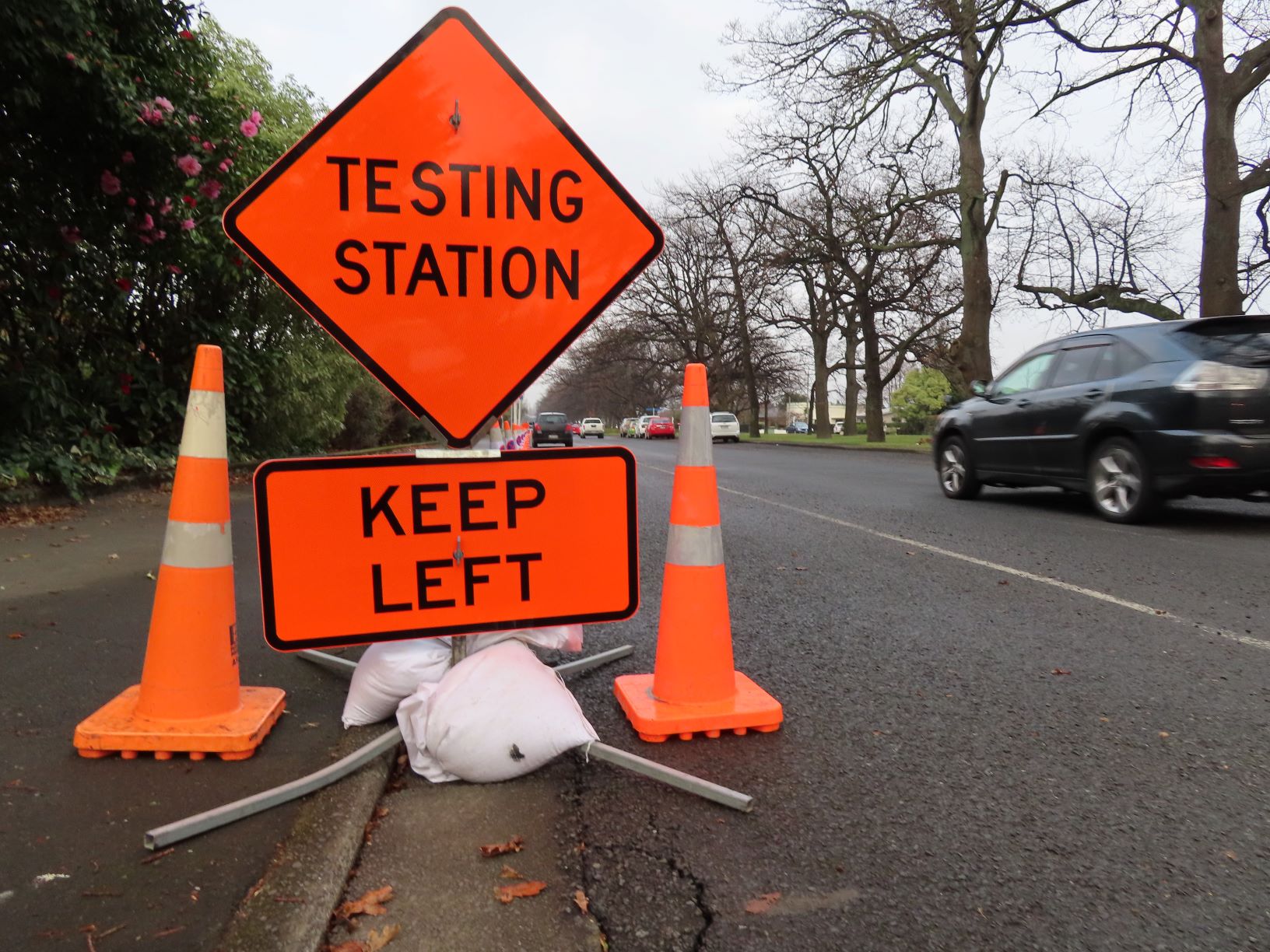 Photo: Ashburton Courier
The Covid testing station at Ashburton Hospital will be open again this week for free testing of people with symptoms.

The drive-in station tested a total of 189 people last Thursday, Friday and Saturday.

The Ministry of Health reported 13 new positive cases on Sunday, all connected to Auckland; 12 were linked to the outbreak cluster and one was in managed isolation after returning from overseas.

Auckland is in alert level 3 while the rest of the country is in alert level 2. People in Mid Canterbury are being reminded to practise social distancing and good hand hygiene; gatherings of more than 100 in defined spaces are banned.

Ashburton’s community-based testing station tested 72 people on Thursday, 78 on Friday and 39 on Saturday.

While there were delays on the first day, with traffic backed up and 90-minute waits for some, wait-time on Friday was down to a minute for most and on Saturday people were seen as soon as they arrived.

There was no sign of the bad behaviour and verbal abuse reported at other testing stations.

Dr Sarah Clarke said people were polite and wanted to do the right thing by being tested to rule out any chance the virus had not spread from the Auckland cluster and was in Mid Canterbury.

“We are also hoping the cluster is contained of course and the quickest way we can find this out is to test lots of people with symptoms.”

Symptoms (with or without fever) include a cough, sore throat, head cold (runny nose/sneezing), shortness of breath, loss of smell or taste.

Testing this week will be from Monday to Friday, from 10am until 2pm each day. Access is from hospital gate 4 – entry via Elizabeth Street from Oak Grove end; people should stay in their car.

Those with symptoms but who can’t attend the testing station should call their GP or Healthline for advice.

Health minister Chris Hipkins said on Sunday businesses should download the QR poster and Kiwis should use the NZ Covid tracer app to keep track of their movements. About 1.3 million people are already registered users.

Businesses have until August 19 to put up QR posters or risk penalty.