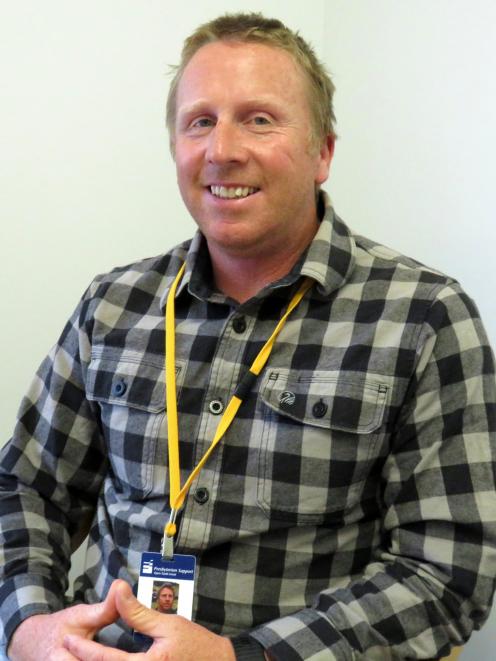 Olsen, who hails from Dunedin, is a keen fan of the outdoors and one of the tools in his kit bag is 'adventure therapy'.

He uses it to connect with youth in a natural setting and to help them build resilience and confidence.

Olsen moved to Methven last year with his wife Kelly, who grew up in Mid Canterbury, and his eight-year-old daughter Scarlett, who goes to Methven Primary School.

He initially worked in the Learning Support Unit at Mount Hutt College, but in September took up the 20-hour week youth mentor role, which is based at the college.

He works for Te Pauwaitanga Trust, which was set up in the township 20 years ago to help youth, and is supported by Presbyterian Support.

Olsen spent 14 years as a youth worker in a Care and Protection residence in Dunedin.

His role in Methven is that of a community connector.

Olsen said he offered advocacy if youth were experiencing concerns at school, home or in the community, and could also connect them to school counsellors or other services outside of school.

Stress around covid and exams were current issues young people were dealing with, he said.

“I enjoy working alongside young people, listening to their stories and being able to give feedback in a non-judgemental manner.”

The service is for youth of any age and not just those at Mount Hutt.

Olsen said he has a passion for Adventure Therapy, which supported young people towards the challenges faced in an outdoors environment.

Those challenges built confidence and allowed youth to overcome a variety of obstacles.

Olsen competed in the Coast To Coast in 2016 and takes every opportunity to get outdoors.

He is on cooking duties soon at a Mount Hutt College Year 8 camp and will also support a three-day Year 10 wilderness camp.

Olsen works Monday, Tuesday, Thursday and Friday between 8.45am and 1.45pm and can be contacted by email (youthmentor@mthutt.school.nz) or via the Mount Hutt College office.