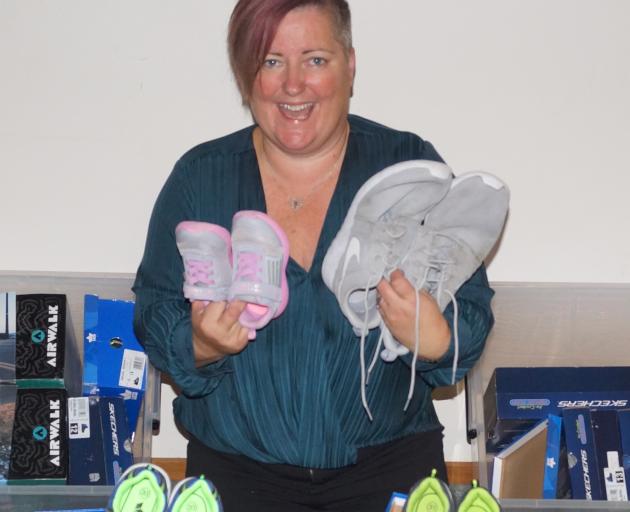 Bronnie McKenna with some of the shoes donated so far. Photo: Supplied
A plan to find good, second-hand sneakers for kids that need them has snowballed for Bronnie McKenna.

Bronnie put a call out on social media for sneakers and other sport-specific shoes like football boots after seeing students on school camp climbing Mt Peel in poor footwear.

Some simply could not afford sneakers.

She is now collecting shoe donations at seven different locations and has the support of individuals, organisations and local businesses.

Bronnie is calling it the JACK project (just another act of community kindness) and she is delighted at the response so far with 67 pairs donated already. 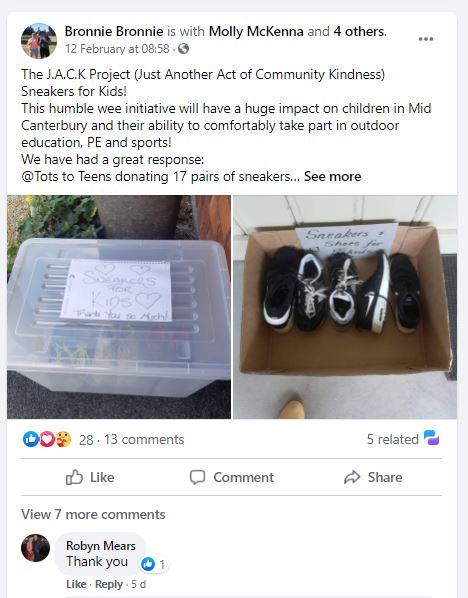 She says it will have a huge impact on children in the district and their ability to take part in outdoor education, physical education and sports.

Already collected are running shoes, rugby boots and other sturdy outdoor shoes. Tots to Teens has donated 17 pairs of sneakers and another 15 pairs of new shoes have been pledged, for specific sizes when known. ‘‘No feet are too big or too small.’’

Members of the community had donated 50 pairs so far, including some specialty shoes for basketball, netball and rugby.

Veehof Dairy Services is also on board and donating $1 for every cow trimmed or tube of hoof glue sold during the month of February to put towards buying practical shoes for local kids who need them.

That could amount to many more pairs of sneakers for the JACK project.

Bronnie will be working with Safer Mid Canterbury to identify children who will be given the footwear.

‘‘We’ve had such an overwhelming response. One lovely man has said he will buy 10 pairs of shoes.’’

Bronnie said the project was about making sure no child was disadvantaged by not having the right footwear to take part in activities, from tramps on school camps to PE or sport at the weekend.

She says the sneaker drive could become an annual event.

‘‘This community is amazing. The support is fantastic, not to mention the opportunities to have discussion about needs in our community with those who have been unaware.’’

Bronnie will start meeting with schools next week.

Sneakers and other shoes, in good condition, can be donated until the end of February. Drop-off points are: 18 Thews Rd, 1 Smitheram St, 28A Grey St, 71 Archibald St, 24 Gordons Rd, 19 Church St and 64 Havelock St.

Anyone wanting more information, or teachers or other businesses who want to get on board, can get in touch with Bronnie by email on thejackproject@outlook.com or on 027 225 8331. 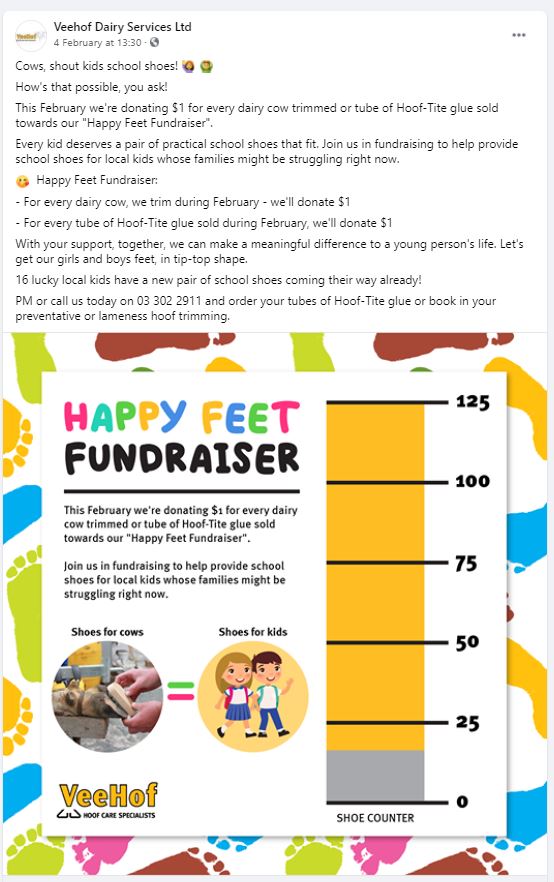