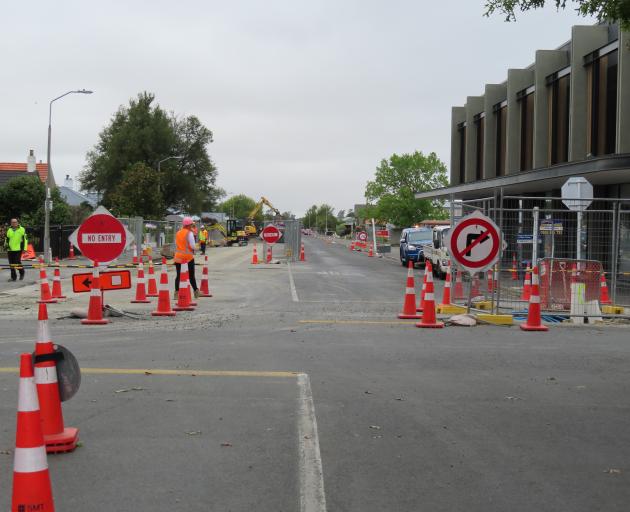 Ashburton firefighters will be dodging roadworks when contractors lay a new water main past their station next week.

The roadworks are part of a $15 million upgrade to roads, footpath and other infrastructure in Ashburton’s CBD.

Fire chief Alan Burgess said it was important volunteer firefighters had quick access to the station when responding to calls and when leaving on fire appliances. They were keeping in close touch with the contractors about when the road in front of the station on Burnett Street would be dug up.

Appliances may be required to move from the station for a period and exit from a different driveway.

Mr Burgess said firefighters around the district welcomed cooler weather on Tuesday after a run of hot days and callouts to vegetation fires.

"When the temperature is down and there is moisture, it makes a difference but at this time of the year it is short-lived and you can’t drop your guard at all."

He said the fuel loading in rural areas was high and fires took hold quickly. Embers from fires thought to be extinguished could also cause problems.

Firefighters were called to a roadside blaze at Chertsey last week and saved a crop from going up in flames. An ember from the blaze is thought to have blown into the same crop on Monday and started a new fire.

Temperatures were in the mid-30s earlier this week and the heat caused some fire alarms to activate. Firefighters turned out to an Ashburton rest-home, where they checked the roof space after an alarm activated.

Mr Burgess said temperatures in the roof cavity were 48 degrees. "They came out looking like lobsters."