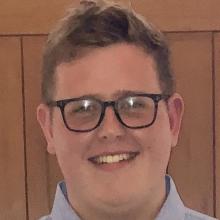 Nic Thomassen plans to help students with intellectual challenges.
Nic Thomassen has big plans for his life in education.

The former head boy at Ashburton College is now studying to be a teacher and wants eventually to help intellectually challenged students lead a full and happy school life.

The Advance Ashburton Community Foundation is helping him achieve that goal - Nic was recently awarded a $5000 scholarship from the foundation, one of 37 scholarships handed out last week with a combined $87,500.

Nic, 20, is heading back to the University of Canterbury soon to begin his third year studies towards a Bachelor of Teaching and Learning. He will take with him the Neil Sinclair Memorial Scholarship, the foundation’s most prestigious award.

Advance Ashburton was set up by Mr Sinclair in 2003; the foundation encourages people to donate, then invests the money and distributes the interest to people it hopes will make a difference in the district in the future.

The Sinclair scholarship is for overall excellence and awarded to an individual that stands out amongst their peers.

Nic will be familiar to Mid Canterbury’s basketball community, as a player and referee, as well as those who know him from school days. He wants to return to the district to teach and implement his plan to integrate students with an intellectual disadvantage, or learning challenges like dyslexia and ADHD, into classrooms.

He plans to use the scholarship money on research and hopes the programme he comes up with will be about inclusiveness, tolerance, kindness and empathy.

He said often students with intellectual challenges were bullied and he wanted to change that by working with all students before they hit Year 7.

Nic began thinking more about the issue while on placement last year with IDEA services in Christchurch.

He kept in touch after the placement and volunteered his time hanging out with students there.