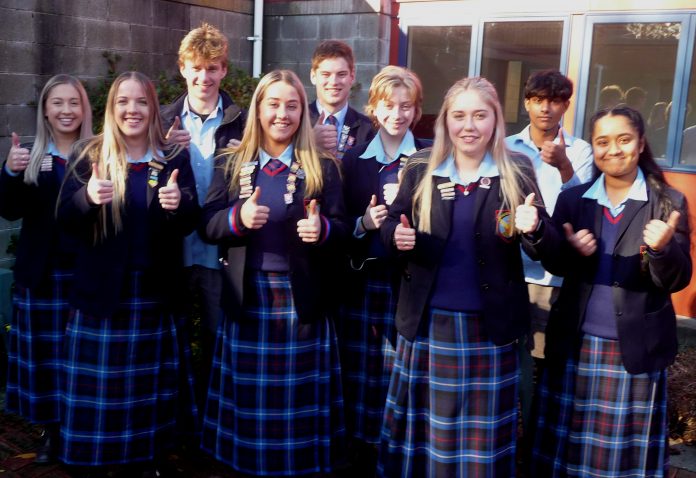 About 400 year 12 and year 13 students are expected to dress to the nines for the August 7 event at the Ashburton Trust Event Centre.

College deputy principal Helen Shore-Taylor said the ball was a great occasion for senior students and a “neat” event that offered a taste of the real world.

A lot of effort went into organising it and to see students in ball gowns and suits rather than school uniform was “quite the transformation”.

Ms Shore-Taylor said the ball committee was now working hard to ensure the occasion would be one to remember.

The school was working with the event centre and others to put on the glitzy affair.

The school ball committee is made up of 10 students and is led by Year 13 students Jacob Gray and Lucy Moore. Lucy said she was “ecstatic” that the green light had now been given for the event. She had really enjoyed the ball as a Year 12 student and had been involved in last year’s organisation as well.

Planning for this year’s ball had started before lockdown and would now resume.

There was a long list of jobs to be ticked off and they included dressing the venue, organising invitations, food, transport, music, photography and traffic management.

Jacob Gray said the theme for this year’s ball was Fabulous Las Vegas.

The venue would be decked out in red, black and gold and there would be a casino-style set up.

Students could now start thinking about what they were going to wear for the the ball and also the partners they wanted to take.

The band Double Talk from Timaru, which has performed at the ball for a number of years, would get things rocking on stage.

The ball committee would now hold regular meetings to ensure all aspects of the event were covered for the big night, he said.

The college ball is usually held towards the end of term 2. A separate after-ball party is being organised by the student executive..

Mt Hutt College will hold its annual ball on August 14.