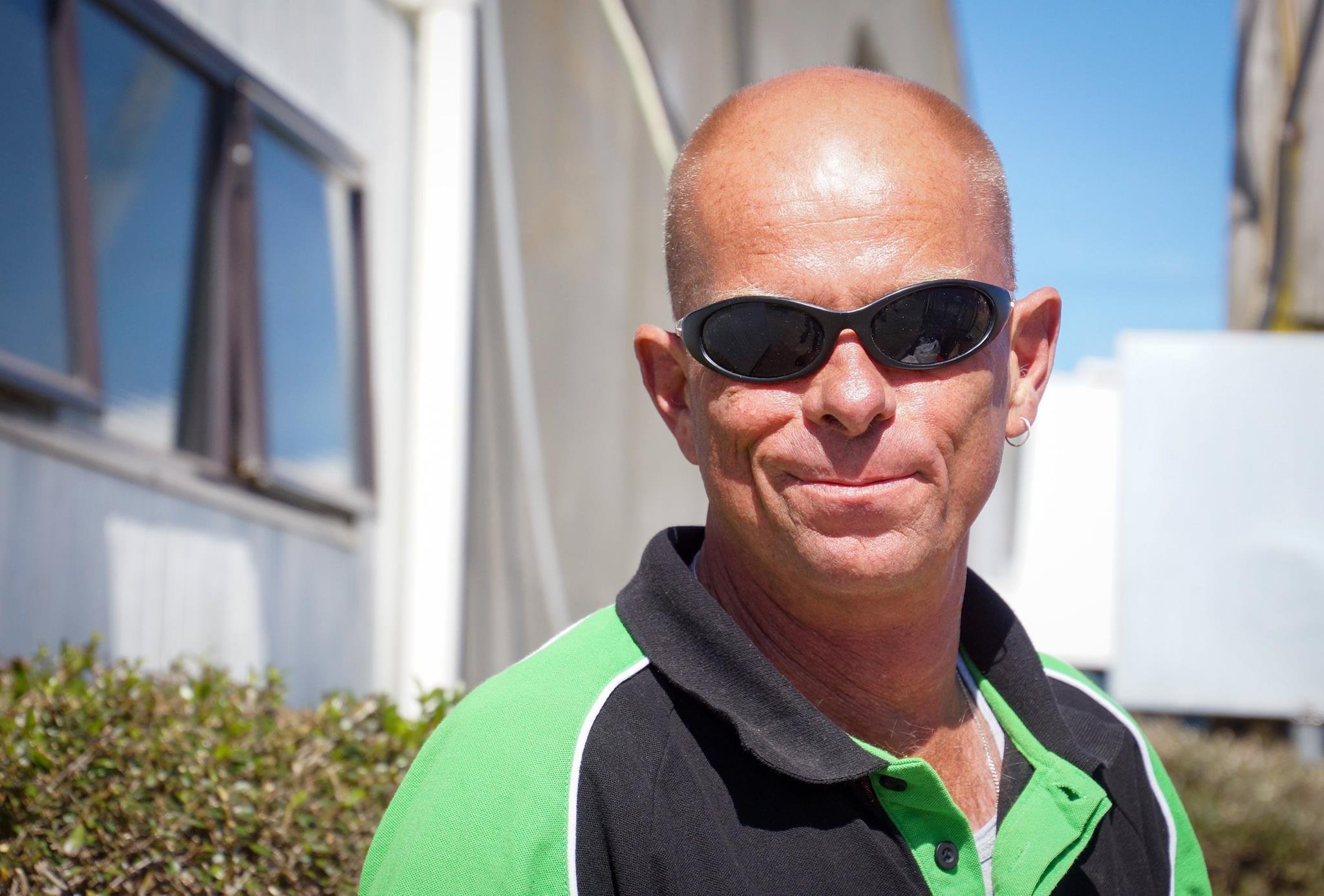 Shayne Adams. Photo: Supplied
Shayne Adams is counting down the weeks until the annual AutoSparks Street Sprints in early May.

It’s the big racing event of the year for the Ashburton Car Club and draws some top driving talent from around the country and boosts the Mid Canterbury economy.

Entries have only just opened but as usual there has been a surge of interest for the limited spots. Such is its popularity there is often a waiting list of drivers keen to race.

It’s been made successful by the organisational skills of club life member, and president Shayne, the support of his wife Kim and fellow Ashburton Car Club committee and members.

There is a lot of work to do but Shayne knows what needs to happen even though this year his health is not ideal. He’s on added oxygen supply at least 15-hours a day due to chronic obstructive pulmonary disease (COPD). It’s an inflammatory lung disease that causes breathing difficulty.

He was diagnosed more than 15 years ago but it’s deteriorated and he’s now on palliative care.

Shayne and Kim have nothing but praise for the work of those at Ashburton Hospital who have bent over backwards to help with Shayne’s health and wellbeing since being in and out of hospital in the past two months.

Shayne, 56, is car club president and has been involved since he was around 16-years-old, despite not being a particularly good racing car driver or mechanically minded.

As a self-confessed “wayward” kid he got involved in the club through his uncle Wayne and has not looked back. It’s kept him out of trouble.

He has also been caretaker/groundsman at the Ashburton A&P Showgrounds for the last 13 years but resigned in December due to deteriorating health.

He took over from past caretaker Dick Sharpe. The grounds were used by the association in summer and leased by the Mid Canterbury Rugby Union over winter. Both have different requirements.

It has also been used for truck shows, motorhome shows, dog shows and as an agricultural training ground, among other uses.

Shayne took on the role after getting diagnosed with COPD, identified after he got pneumonia while working in a Kiwifruit coolstore in the North Island. He had just been offered the manager role but could not accept it.

The doctor told him then if he continued working in the coolstore environment he would be dead in six months.

He, along with Kim and their 13-month old son Corey, moved to back to hometown Ashburton where the caretaker role came up. It was a steep learning curve.

It was only made better with guidance from A&P committee member and grounds manager Tim Lovett, and by experience – then eventually better equipment.

The family (daughter Kaitlyn arrived in time for their first Ashburton A&P Show in 2007), lived in the caretaker house on site and, ahead of that first show, push-mowed the lawn in front of the pavilion and the embankment.

In the early days the A&P show was on Friday and Saturday and a horse show was on Sunday. There were windows to clean, bushes to prune and stables to ready.

The association later got a ride on mower and a buggy for use during show periods.

Shayne quickly learned about ground preparation and the best times to mow and water the grounds ahead of events for the best conditions.

Plus Tim was always on hand to help with problems and point Shayne in the right direction.

Now the grounds are often praised for their pristine condition and notably no stones by horse show organisers.

It’s considered one of the best horse show venues in the South Island, which is high praise.

The Adams' take great pride in that. It took a lot of work. Kim still removes stones from grass when she sees them. It’s become a habit.

Shayne’s COPD is likely caused from many years working in a flour mill (he was in charge of wheat intake) and of course, smoking, but it was exacerbated by working in sub-zero temperatures in coolstores afterwards.

Since leaving the caretaker role Shayne has been in hospital at least six times.

He is not one who shies away from a battle so is taking his new situation one step at a time.

He has the support of Kim, as well as the car club committee and members.

He is passionate about the sport and the club which has been around for 65 years. It has an impressive 73 active members. It was the first club of national rally driver Hayden Paddon.

Many of whom like its family-friendly environment and that it encourages young members to get behind the wheel safely and with guidance.

And they have a full annual calendar of events coming up to keep everyone entertained including the Upper Downs Road 8km shingle sprint on March 6 and the continuation of the Malcolm Lovett Automotive Twilight Series.