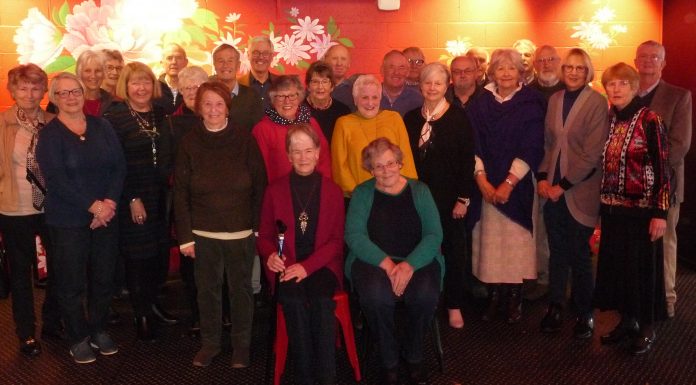 Former students from the Ashburton High School class of 1960 at their reunion lunch at Formosa. Photo: Ashburton Courier
They began high school together in 1960 and a number of them still meet for regular catch-ups.

They were pupils of the former Ashburton High School and they came together over lunch in Ashburton last week.

A bigger event, planned for early June, would have seen former pupils flying in from Australia, England and Canada to celebrate the occasion, but did not happen because of the Covid-19 situation.

The class of 1960 are all now 73 or 74 years old and while some still live in the district, others came to the reunion from Christchurch and even as far away as Matakana, north of Auckland.

Spokesperson Ann Woodham said there had been an annual reunion held for more than 10 years.

Some of the gatherings were held in Ashburton and others in Christchurch.

The idea of a reunion had started with some of the girls and the invitation had later been extended to include the boys as well, Mrs Woodham said.

Six to eight of the girls also met monthly in Christchurch to enjoy each others company, she said.

Ashburton’s other senior school at the time was the technical school. The two schools merged in 1965 to form Ashburton College, which today has around 1200 pupils.