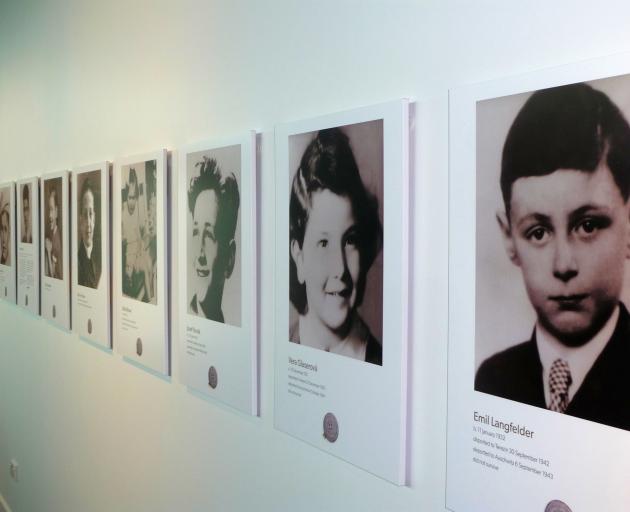 The Children’s Holocaust Memorial began as a school project at Moriah School in Wellington, as a way for students to understand the scale of the atrocity.

Over a number of years the school collected 1.5 million buttons, each representing a child killed by the Nazis between 1939 and 1945. 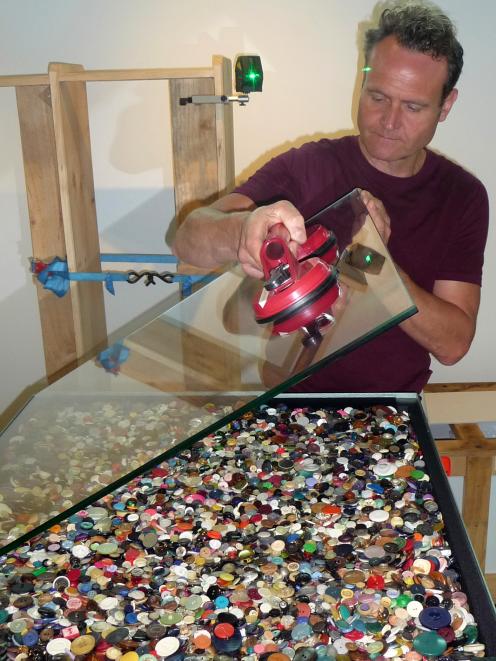 The Children’s Holocaust Memorial exhibit designer Matthijs Siljee.
The memorial has been developed by the National Library in partnership with the Holocaust Centre of New Zealand and has a strong education focus.

Matthijs Siljee, a senior lecturer in the School of Design at Massey University, worked with the holocaust centre to design the memorial.

Mr Siljee said the memorial helped to tell the ‘‘uneasy story’’of the children of the Holocaust.

It was a different story from the combatants who fought and lost their lives fighting in World War 2 and the undertones of the Holocaust were still very much alive today.

The Children’s Holocaust Memorial is split into two halves at the museum. The Murney Family Room features an evocative display that includes the 1.5 million buttons, as well as profiles of some of the children who lost their lives.

Mr Siljee said the button display moved in tiers from one button in its small cabinet, to the largest unit, which was overwhelming in size.

The combined weight of the button display was one metric tonne and each button represented the life of a child killed in the holocaust.

The buttons are displayed in industrial metal cabinets, typical of those used by the Nazi bureaucratic machine.

Simple wooden benches, evocative of basic furniture in the concentration camps, allow the viewer to sit and contemplate the display.

The second part of the exhibition is displayed at the back of the main museum area and features more facts on the Holocaust and more profiles.

One tells the story of Vera Egermayer, a child survivor of the Holocaust, who immigrated to NZ in 1949 and was the country's consul in Prague for 18 years. The display also includes content about bullying and being "an upstander not a bystander".

It encourages the acceptance of others and the positive recognition of diversity.

Mr Siljee said the memorial helped to tell the "unpleasant and unspeakable" story of the Holocaust, but it was far from drab.

Feedback from those viewing it had often described it as inspiring, he said.

A comments book that accompanied the memorial invites the public to give their honest opinion of it.

A number of Mid Canterbury schools are expected to view the memorial exhibition over the next couple of months.

The Children’s Holocaust Memorial will be displayed until April 26 and Ashburton is just the fourth venue nationally to host it since it was unveiled in November 2018.