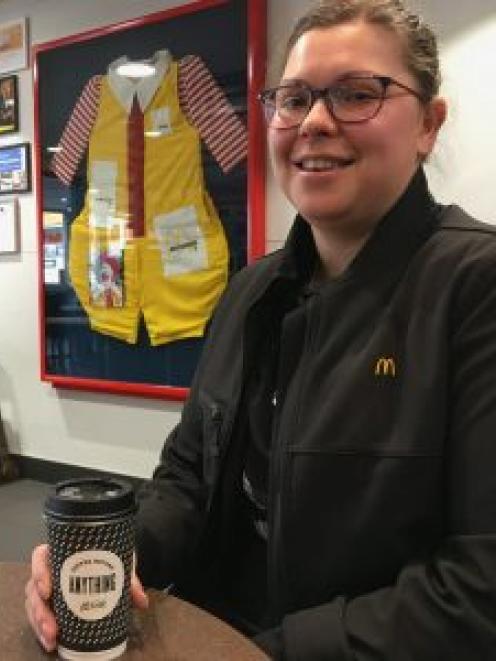 The senior restaurant manager, now based at the Timaru franchise, was one of 16 restaurant managers nationwide to win the just-finalised accolade for 2019, after reaching key performance indicators and bettering them from the preceding year.

She has been at McDonald’s for 13 years, starting with the Ashburton franchise as a crew member when she was 17 years old and working her way up the ranks.

She started under former-restaurant manager Moe Lamont and was shift manager at aged 18.

It’s been an enjoyable, but challenging experience, Ruth says.

“I had to grow my people skills in the role. It’s taken five years to get it right,” she jokes.

She says a big part of that was learning to tailor her management style to meet the individual needs of staff, which includes a lot of younger crew. There is a crew of 85 in total in Ashburton.

“Everybody is different … and (instructions) have to be tailored to people and their needs,” she says.

Over the years Ruth has worked under four other restaurant managers, including Wendy McHaffie who is now operations manager, before taking on the role herself in 2015.

As mum to twin seven-year-old boys, Ruth says the McDonald’s family-friendly flexible hours, especially as the boys were younger, allowed her to successfully combine parenting with her professional duties.

She is not one to turn down a challenge and likes that every day at work is different.

“It’s always changing, it’s never the same. You think you are going to walk into something but walk in to something else.”

She also enjoys the social side of the workforce and the fundraising activities done for Ronald McDonald House. They have included lip sync events, sausage sizzles, movie fundraisers, raffles and netball games.

Ruth’s success in the role has recently seen franchise owner Dave Whalley, who has the Rolleston, Ashburton and newly-acquired Timaru McDonald’s restaurants, promote her to a senior restaurant manager role based in Timaru. She commutes daily.

Ruth says she has been tasked with bringing the Timaru restaurant in to line with the two others in the stable.

Her first call of duty, after taking on the role, was to employ more staff; they now have 85 on their crew too.