Major upgrades on the way for Methven water supply 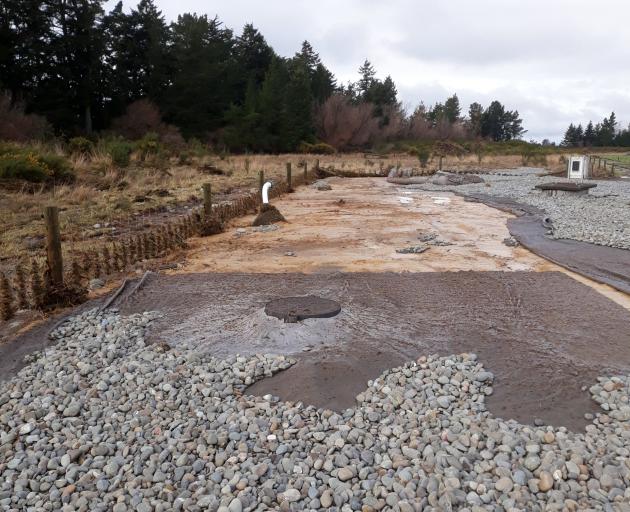 Flood damage on the ground layers above the Methven intake gallery, which is 4m below the surface. The gallery has chambers and pipes which collect water filtered through the ground layers above. PHOTO: SUPPLIED
Methven will get a new water reservoir and new treatment plant next year to help alleviate the water woes faced by residents in recent weeks, and future proof the supply.

Residents connected to the Methven and Methven-Springfield water schemes have needed to boil water for a number of days recently due to sediment-infected water infiltrating intake galleries.

Both schemes take and treat shallow groundwater from the north branch of the Ashburton River but turbidity levels have triggered boil water notices.

Nine boil water notices have been issued over the last 14 years, but they would be a thing of the past with the proposed upgrades, he said.

Mr McCann said upgrades to Methven’s water resources were a priority for Ashburton District Council, were budgeted in the Long Term Plan and were happening.

The recommendation to council at yesterday’s meeting, (which took place after the paper had gone to print), was that a detailed design of a treatment upgrade solution for the Methven and Methven Springfield schemes continued on the basis of a single treatment facility.

It was also recommended that physical works budgets for both upgrades be brought forward to the 2021/22 financial year.

In a later, closed meeting, council considered tenders for a new Methven water storage reservoir. An announcement on that decision and scale of the project is expected soon.