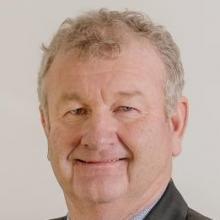 Neil Brown
Ashburton Mayor Neil Brown has been talking with secondary schools in his district about a programme that will equip their students with driver licences before they leave school.

Mr Brown said a driver’s licence was a valuable work tool, especially in a rural area where people might have to travel some distance to work and be required to drive at work.

He hopes the programme will be operating in schools soon.

Mr Brown said the district council would be facilitating and supporting the scheme, which will involve several agencies already helping new drivers get their licences.

Students will be able to earn NCEA credits if they pass.

"The goal will be to have all kids leaving at Year 13 with their driver licences."

It could also be extended to Year 12 students.

Mr Brown said some students were helped by their families to work through their learner, restricted and full licences but others struggled to get there for various reasons, not all financial.

"A licence is one little piece of getting ready for work. Being rural, they need a licence to get to work"

Council is also behind a new initiative encouraging school leavers into local jobs, instead of leaving the district.