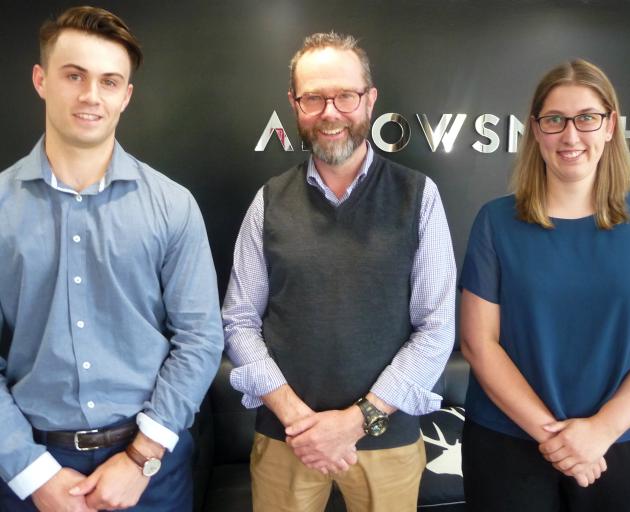 Mr Martin took a high-flying approach to a staff recruitment campaign in October and offered to pay for flight training for an experienced solicitor prepared to work in Ashburton.

"Recruiting qualified solicitors and asking them to work in a smaller town like Ashburton is no easy task and all the local law firms face the same problem," he said.

Flying lessons were offered as an incentive in the saturated legal recruitment market, and although there were no takers, thinking outside of the box had helped get the word out.

He saw that decision as "investing in Mid Canterbury" and also helping take two young people on the next step of the legal ladder.

Support and guidance would be given over the next 18 months or so as they learnt the ‘‘nuts and bolt’’ of the profession and started to build client relationships and business, Mr Martin said.

He said the two new recruits and another employee would all likely be admitted as solicitors by the end of the year.

Ms Hooft graduated from Canterbury University and has relocated to Ashburton recently from Christchurch.

Mr Thompson lives at Orari and graduated from Otago University.

Both are eyeing up playing hockey and football respectively with Ashburton teams this year, and both are excited for the opportunity to start their legal careers.