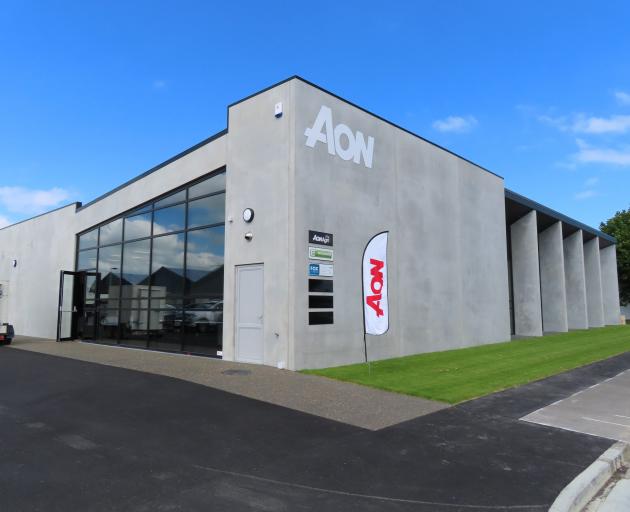 Property developer Dave Williams and his company Tricroft is behind the build - the same people bringing Kmart to town.

The office complex was officially opened by deputy mayor Liz McMillan, who said new development in Covid times was inspiring and good for the district.

Tricroft general manager Tony Gilbert said it was another great building built by Thompson Engineering, with help from local sub-contractors. The project had finished on time, despite five weeks of covid lockdown.

It is to be known as Aon House, with insurance company Aon the first tenant. Tricroft and planning consultant David Harford also occupy one of the four commercial spaces. One of the two remaining is under offer, with the fourth, a West Street-facing space, still available for lease.

The whole construction has been captured on a time-lapse camera fixed to Tricroft’s old building adjacent to the new one.

Mr Gilbert said the building had a collaborative vibe, with hot-desks in the Tricroft space.

Aon also has room for hot-desking staff, with around 14 based in the Ashburton office.

Branch manager Dave Sutherland said his team, which moved in four weeks ago, was enjoying the space.

Aon joined the New Zealand market 25 years ago, at corporate level. In 2005 it began an agri presence in the provinces.

The Ashburton building is the last of three moves this year for the Ashburton branch, which outgrew previous space in town then moved to the old Post Office building while their new office block was being built.