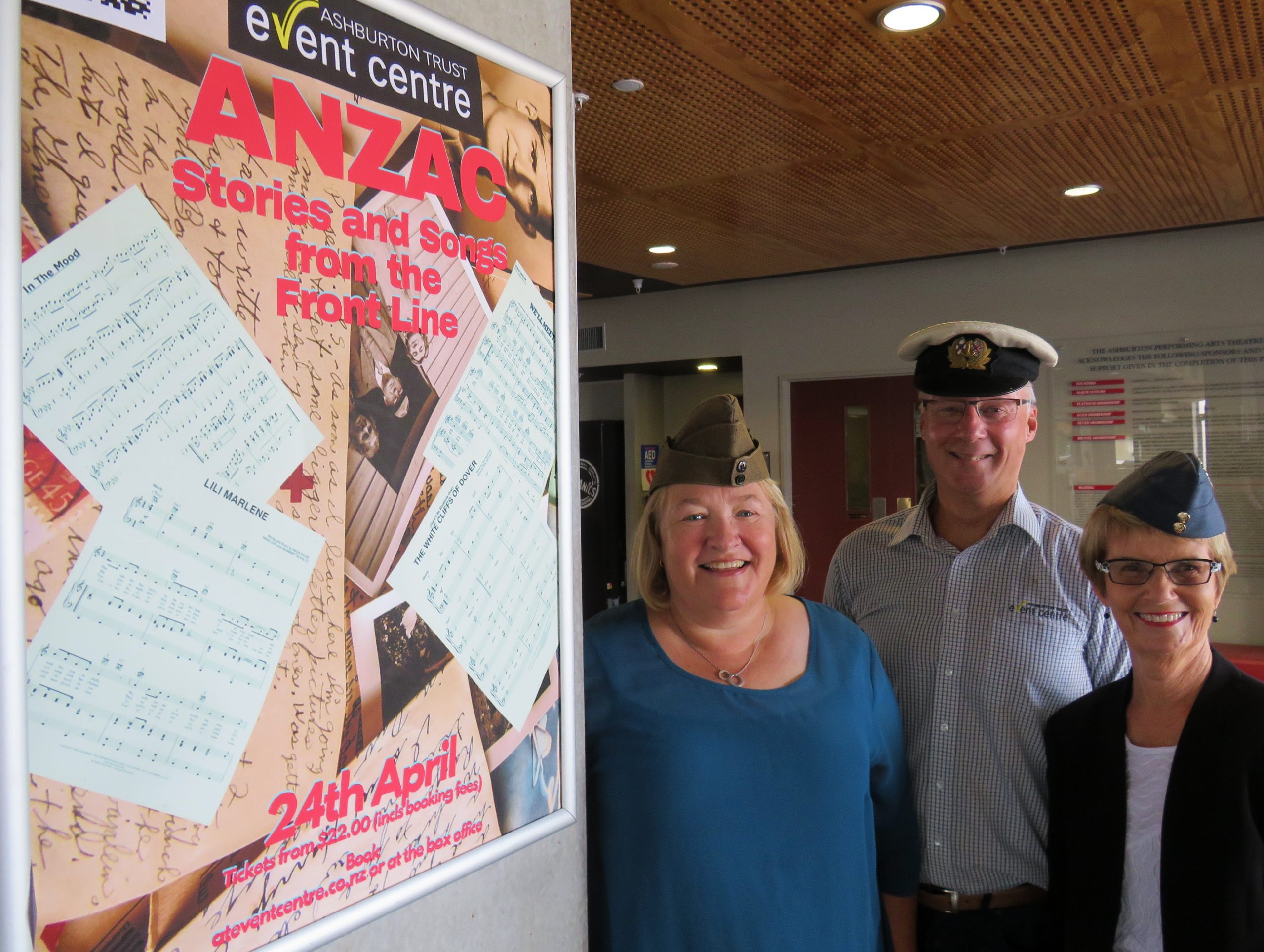 The show is called Anzac – Stories and Songs from the Front Line and has been compiled by Jenny Beach and Sally Farr, with technical direction from Roger Farr.

The two-hour show is a fundraiser for the event centre and will help with the cost of future infrastructure upgrades.

Mrs Beach said a number of well-known and regular local performers had put up their hands to be involved and support the show.

Brent Gray and Mitchell Farr would both perform compere roles and would read war stories and letters that related to local families.

There would be solos from the likes of Chris Woods and Libby Higson, who would be transformed into the role of popular World War 2 performer Vera Lynn.

Mrs Beach said the show would touch all the emotions.

“There will be sad and happy bits and people will find themselves laughing and even crying.”

A full company of 14 performers will be supported by a team of dancers and eight-piece band.

There will be slots featuring highland dancers and the Red Hot Nanas.

Most performers will wear war era clothing and military enthusiast Derrick Cullimore will set up a stage display.

Sally Farr said the show would feature well-known singalongs like Pack Up Your Troubles and Take Me Back To dear Old Blighty.

“There will be opportunities for the audience to join in and we encourage them to do so.”

She said the show had been in the planning for the last six months and was suitable for people of all ages.

Tickets for the 2.30pm show are available from the event centre ticket office or the venue website.