Operating through Hype Youth Health Centre, the free service is seen as the first step on a path to providing a broader one-stop-shop facility that better meets the needs of local youth.

The clinic will run as a six month trial before being reassessed and will offer advice and support on areas such as sexually transmissible infections, smears, contraception and emergency contraception.

Hype co-ordinator Sheree Kershaw said the new clinic would be by appointment or drop in and would be strictly confidential.

It would operate on Wednesday afternoons from 4pm until 6pm in an office at BASE Youth Centre at 193 Burnett St, Ashburton.

There would be six appointments available each week, but if demand increased, the service could look at expanding.

Initially the service will be operated with the support of Rakaia Medical Centre GP Dr Sue Fowlie and registered nurse Vickie Aiken, who would both volunteer their time and work alternate Wednesdays. 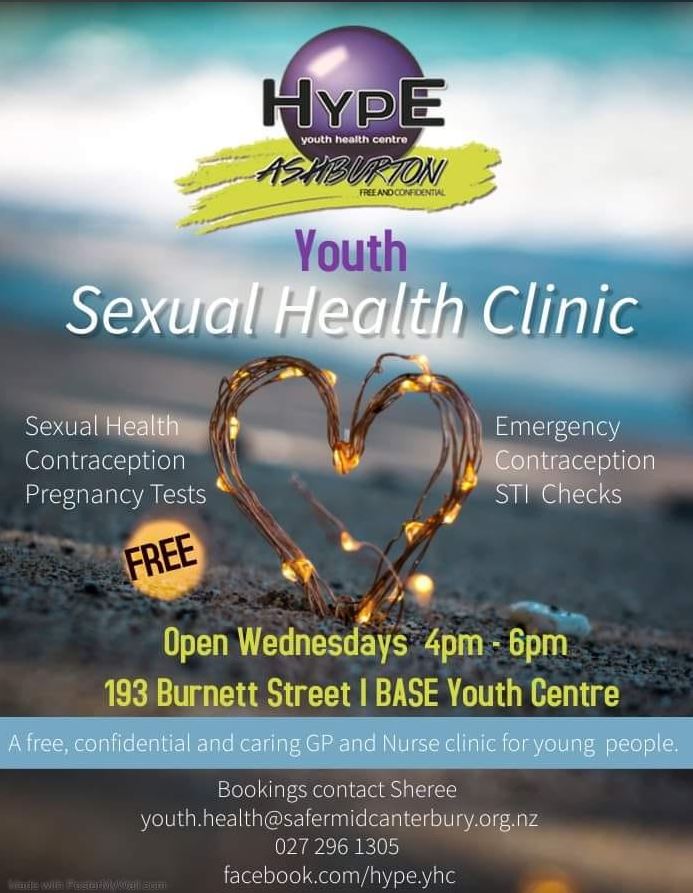 Image: Supplied
The initiative is being backed by other local health care professionals, who may offer their time later.

Some 288 respondents had identified sexual health, mental health and life skills as areas where youth needed more support in the district.

Some 75 per cent of those surveyed said they needed to travel out of the district to access family planning and sexual health clinics, said Ms Kershaw.

There is no longer a family planning service at Ashburton Hospital.