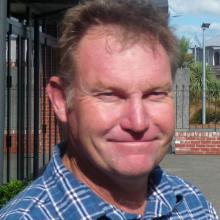 Dan McLaughlin
Mr McLaughlin said hundreds of beds in Methven were unused and providers had gone from earning a living to zero income.

Visitor numbers in Methven had been significantly impacted by the outbreak of Covid-19.

Operators have lost thousands in cancelled bookings and it would take some time to recoup those losses, he said.

It was important to get domestic travel started to support and keep accommodation operators in business.

The ski season at Mt Hutt skifield is just a few weeks away and now was a time when accommodation was usually filling fast, he said.

The skifield is important for the Methven economy and its operation boosts visitor numbers in the township.

Winter is usually a hive of activity in Methven, with accommodation, cafes and bars all bustling.

Mr McLaughlin said while cafes and takeaways were back operating to some degree, that was not the case for accommodation and hospitality venues.

He said he favoured the idea of a trans-Tasman bubble, which would potentially see travel allowed between New Zealand and Australia.

‘‘Getting domestic travel back up is the start, and then expanding it to bring in Australia as well is another step forward in my opinion.’’

Mr McLaughlin said international visitors were not likely to come to New Zealand again for many months, which was the sad reality of the pandemic.

Methven was a year round destination that offered so much, and he urged everyone to consider it.

He said many in rural jobs around Methven had continued to work in primary production during level 4 and now level 3.

‘‘Methven is a busy and industrious district, but its tourism sector needs support now.’’