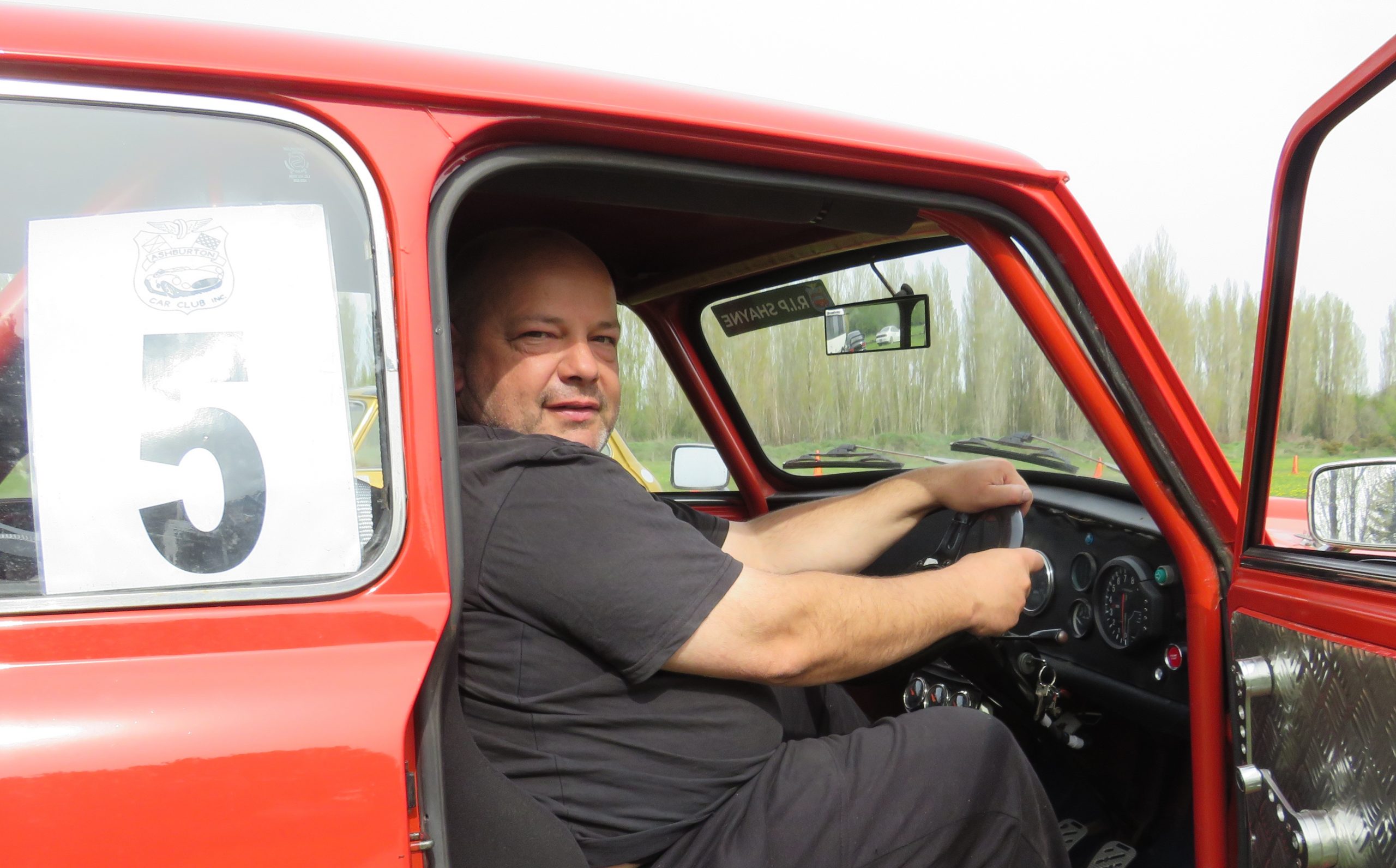 He has had a fixation with the classic two door mini for many years.

He had nine when he lived in the UK, and brought a 1300cc race engine with him when he moved to New Zealand 13 years ago.

The engine, which he has owned for around 20 years, was lovingly boxed up and shipped out, ahead of any other possessions.

It now sits in his New Zealand-built 1975 Mini Clubman, which he recently used for the Ashburton Car Club grass motokhana; the club’s second event of the season, and the first since the Ashburton River north branch flooded in late-May and water flowed across the club grounds.

He ended up placing fifth out of 12 entries. 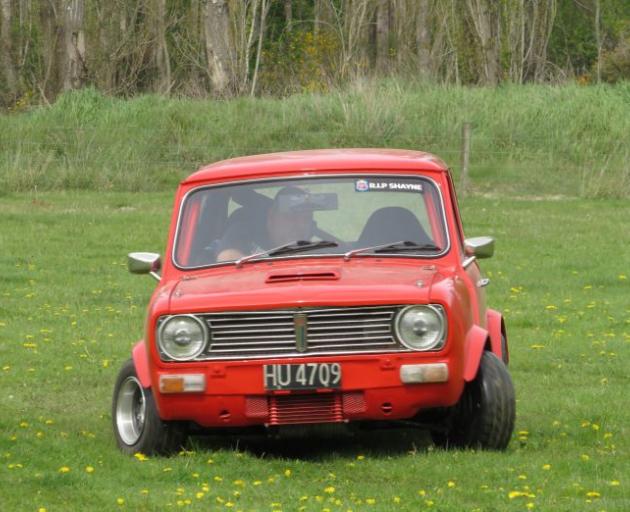 James’ red mini has a manual gearbox, interior door panels lined with alloy checked panelling, and is fitted with a roll cage.

Although not currently road legal, because of the roll cage and the need for official sign-off, James does have plans to get it legal for road use. But for now he transports it to events to compete.

James has been a member of the car club for the past seven years.

In total he is the proud owner of 14 cars; one is his red Evo1 used for other car club events, such as the recent standing quarter mile sprint; James scored a best time of 12.71sec, earning him a respectable 10th place in that event. 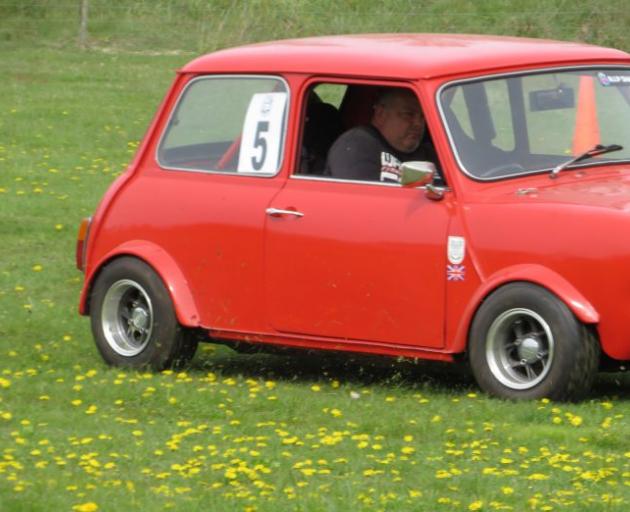 Photo: Supplied
But there are six minis in his collection in varying states of restoration; once finished they will be sold to fund the next mini project.

He likes that they are “small and nimble, a go kart on wheels”.

Lately James’ interest in the mini speedsters has piqued the interest of his young sons, aged 13 and 11.

They both have their own 1000cc mini projects now too. And the elder of the two is nearly ready to take part in his first club event.