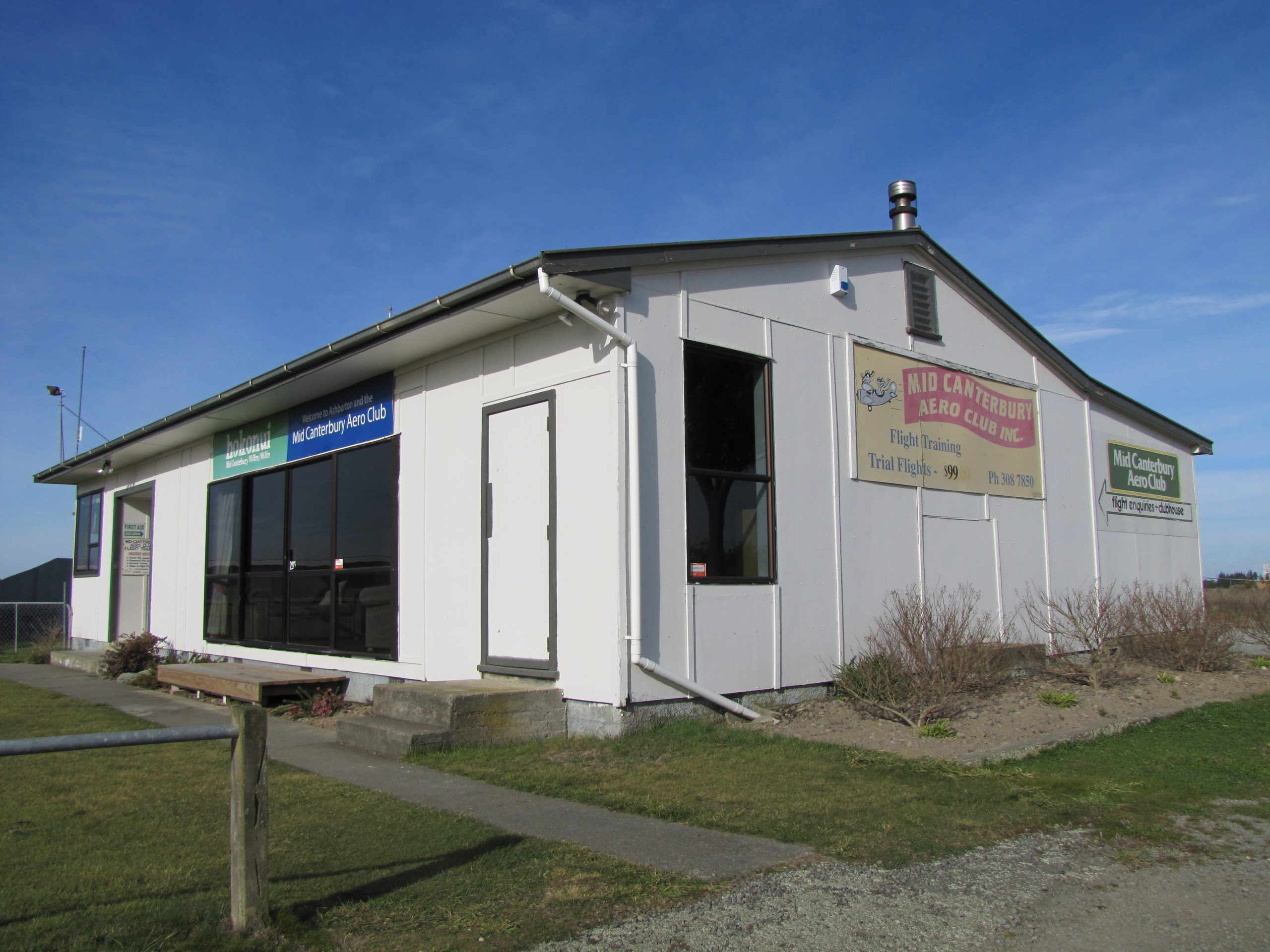 The old aero club rooms, which will be demolished. Photo: Ashburton Courier
The Mid Canterbury Aero Club has been given the green light to relocate Ashburton’s former information centre to the airport.

The building on East St was home to the i-SITE, which closed in 2017. Owners, the Ashburton District Council, put it up for purchase and removal and the aero club learned this week it was the successful tenderer.

Aero club president Ian Begbie said the purchase price was low, but the bigger cost would be relocating and renovating the former information centre at its new home.

Council expects the building to be removed from East St by the end of December.

Mr Begbie said the removal would be timed to work in with contractors beautifying the CBD. A tree may also have to be removed to allow the building to be transported away.

The club’s old clubrooms, built in the 1950s, will be demolished, and the new building put in its place on a new foundation.

Mr Begbie said the old clubrooms had lots of character, but it was built of untreated timber and full of borer. “It has served its purpose. We are pleased to see it replaced.”

The timing has not been ideal for the club financially though. It had just completed a new hangar when the information centre came on the radar. “The clubrooms was going to be a few years down the track, but that has been accelerated.”

Mr Begbie said club members were working through the financial details with council. “We are working on a deal with council as funding is short and hoping to repay them over a few years.”

The club has 130 members, including its new Young Eagles group. The airfield was a popular landing strip and on busy days up to 12 planes stopped to fuel up.

While the club has plenty of keen volunteers, the removal and renovation job will be one for contractors. The information centre building needs to be braced for the move and once in place the interior needs to be stripped, regibbed and decorated.

Council chief executive Hamish Riach said council was pleased the building would have continued community use, and both proposals had considerable merit. “We’re pleased that rather than being lost, the building will have a new life for our community.”