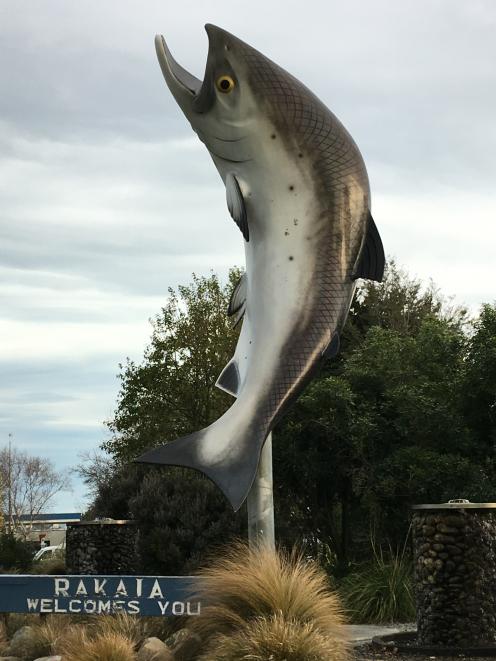 Upgrades to the Rakaia Salmon site began this week, with the old toilets to be removed and the caravan effluent dump station closed until a new location can be secured.

Council is removing the old public toilets at the park and will replace them with a new 10-pan facility, which is intended to help meet demand on the facilities, particularly from visitors to the district.

Council infrastructure services group manager Neil McCann said council was keen to begin delivering the upgrades, which have been made possible through combined funding from the Government's Tourism Infrastructure Fund (TIF), Rakaia Lions and council.

"These new public toilets will make a big difference to the salmon site. With many people, particularly tourist buses stopping to use the toilets each day, we want to ensure there are ample facilities available.

‘‘A lot of work has been going on behind the scenes to secure a supplier for the toilets and with this and other planning work now complete, we're ready to start building.’’

Permaloo have been awarded the tender to deliver and install the new toilets, which will begin on April 1. Portable toilets will be available at the site until the new facilities are ready. The old toilets are having to be removed first due to parking space needs and to allow for the new toilets to be built where the current ones are located.

As part of the upgrades, the caravan effluent dump station is being relocated to another site, yet to be determined. In the meantime, the Rakaia dump station will be closed from Monday, but caravans and campervans will still be able to access the Ashburton and Methven dump stations.

The historic jail will also be relocated to the other side of the Bridgeman's hut and piling for this will be carried out as the old toilets are removed.

A $740,000 grant from the TIF and $20,000 generously donated by the Rakaia Lions is also helping to deliver the upgrades.

More information about the location of the Rakaia caravan effluent dump station will be provided when a new site is secured.