Photo: File
The man convicted of the Work and Income slayings in Ashburton is threatening legal action to move prisons, claiming that Corrections bosses aren't letting him properly prepare his appeal case.

Russell John Tully, 54, is appealing his conviction and sentence of life imprisonment with a minimum non-parole period of 27 years for shooting dead two Winz workers in the Mid Canterbury town in 2014.

Tully believes he has a connective tissue disease, which affected his state of mind at the time of the shooting and during his trial.

A Court of Appeal one-day fixture was scheduled to be heard in Wellington on June 10.

But it's now been pushed back to October while Tully, who is representing himself, tries to get his case together.

He claims he can't properly prepare his submissions at Otago Correctional Facility and hasn't been given fair access by Corrections to his case file or medical notes.

Tully believes that only Christchurch Men's Prison has the facilities to let him properly prepare his case.

And now the Herald on Sunday understands he is seeking to file a High Court judicial review, asking to move to the Christchurch jail. No court date has been set.

The Herald on Sunday revealed last week that Tully has been on hunger strike behind bars since April 8, protesting that his bizarre self-medication regime, involving tipping hydrogen peroxide into his ear, has been blocked. 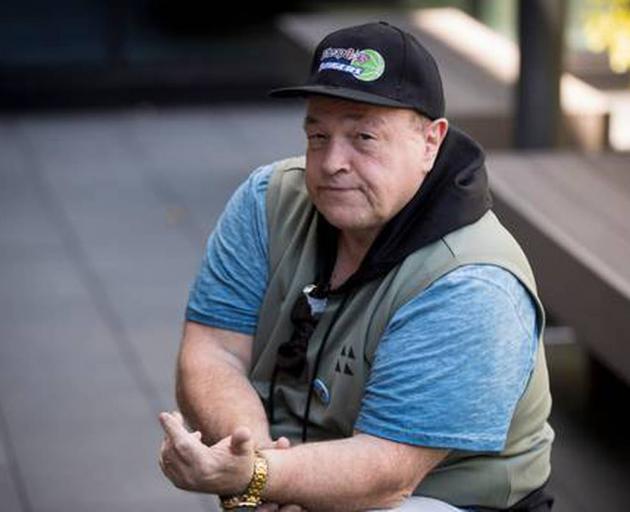 Arthur Taylor claims that prisoners' access to case files is a major problem. Photo: NZH/File
Otago Corrections Facility prison director Dave Miller said Tully made a second request for information relating to his case last week. Corrections, he said, is working to provide it in accordance with the Privacy Act 1993.

"Corrections is legally obligated to provide access to facilities to assist prisoners involved in litigation, including, as in this case, self-litigation," Miller told Herald on Sunday.

"All prisons provide the ability for prisoners to engage in self-represented legal proceedings, including through the supply of stationery materials and legal research material."

Miller said Tully would be able to prepare for his proceedings from any prison.

Several factors need to be taken into account when considering prisoner placement, Miller said, adding that Tully wasn't unduly disadvantaged from being at Otago Correctional Facility.

"The placement of around 10,000 prisoners is a complex task, and our prison staff are required to manage a dynamic range of issues on a daily basis, including gang tension and the association of co-offenders, in determining and managing these placements," Miller said.

Former long-time inmate and jailhouse lawyer Arthur Taylor said the issue of prisoners being allowed to properly prepare their own cases has been a "national problem for many years".

"I had problems all the time," Taylor said.

"There's a section in our Bill of Rights – and a section in the Corrections regulations - that requires prisoners to be given adequate time and facilities to prepare a defence or appeal.

"But what is adequate time and facilities? Corrections seem to think it's whatever they decide it should be. Everything is aimed at discouraging prisoners doing their own case, even when a lot of them are quite skilled at doing their cases, and they have a legal right to do so.

The New Zealand Law Society says it does not comment on individual cases.

It's understood that Tully stopped eating last month after claiming prison bosses had stopped his preferred method of treating what he says is a recurrent ear infection that is penicillin-resistant.

Throughout his 2016 trial at the High Court in Christchurch, it was clear that Tully was preoccupied with what he felt was a debilitating skin condition – and that he used peroxide to treat it.

It's believed that Tully plans to continue his hunger strike until his medication is reinstated.

Tully embarked on several self-induced hunger strikes while awaiting trial – and during it - in protest against his perceived lack of medication.

After 33 days of one hunger strike in prison, he says he nearly died.

"They knew I was chronically crook, they were waiting for me to die," he claimed.

Miller says the physical and mental health of all inmates is paramount and that Tully is being closely monitored by health and custodial staff regularly. It includes "extensive and ongoing consultation" with medical practitioners on site as well as mental health services.

"The prisoner remains well, and there are no concerns at present that he is in any immediate danger," Miller said last week.

"[Tully] has previously refused food to attempt to convince staff to meet his requests."

Tully was found guilty in 2016 of storming the Ashburton Winz centre at 9.51am on September 1, 2014, and shooting dead receptionist Peggy Noble, 67, from point-blank range and shooting case manager Susan Leigh Cleveland, 55, three times as she pleaded for her life.

At his sentencing, Tully alleged a "major cover-up by the Crown" regarding disclosure and evidence, and further claimed he didn't have access to a lawyer.

"If I was guilty and went out and killed two people, I'd take it, and say, 'That was me'. But obviously that was not the case and I refute the accusation," Tully said.

Tully was found to be mentally capable of facing charges of double murder and attempted murder after an earlier hearing under the Criminal Procedure (Mentally Impaired Persons) Act 2003.

In 2018, Tully was interviewed behind bars by a senior detective reviewing the 20-year cold case of murdered Ashburton schoolgirl Kirsty Bentley.

Tully, a former local diesel mechanic who grew up in Ashburton, was ruled out as a suspect after police came away satisfied with his alibi. The case remains unsolved.