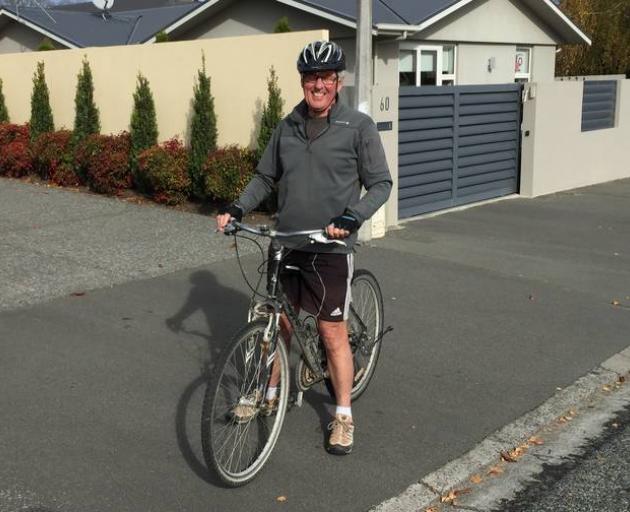 Ashburton grandfather Tony Todd is cycling 73km on his 73rd birthday to raise money for his local hospice. Photo: Kurt Bayer
There's lots of time for thinking while out biking, and inspiration came one lockdown day as the autumn sun caught the fresh snow dusted on the mighty Southern Alps.

Retiree and grandfather-of-three Tony Todd, feeling at a loose end, unable to do his usual hustling of businesses for donations to his local hospice charity, thought about his upcoming birthday. And then, Captain Tom.

"It was one of those lightbulb moments really," says Todd, standing astride his mud-splattered black bike, ready for another training mission.

He thought, if a 99-year-old English war veteran could raise millions by completing 100 laps of his garden before his 100th birthday, why not bike 73km for his own upcoming 73rd birthday?

Todd, who for years ran the well-known Ashburton family fashion shop, Todds of Ashburton before selling up four years ago, phoned his daughter Nikki up the road in Christchurch. He said he'd had a bright idea.

But his Hospice Mid Canterbury fundraiser idea caught on. Word started getting out and donations are rolling in ahead of the 73km cycle on his birthday on Wednesday. 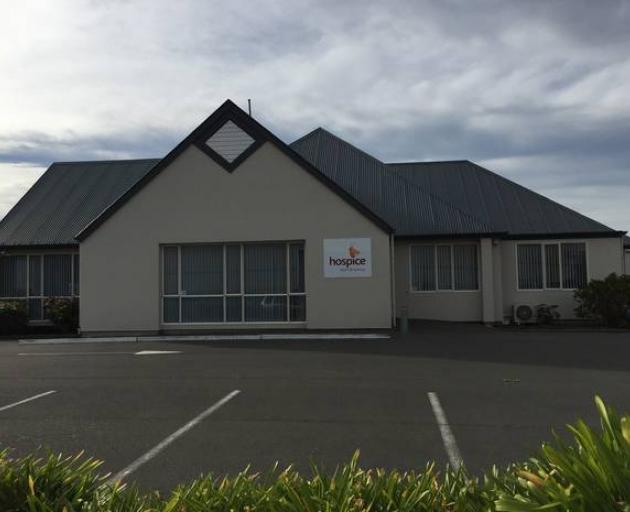 Hospice Mid Canterbury in Ashburton is a community hospice providing free, non-clinical support for individuals and families. Photo: NZ Herald
He was out biking the other day and someone stopped him in Argyle Park near his home in Ashburton - a town with a proud cycling history, birthplace to double Olympic medallist Hayden Roulston and the Tinwald Cycling Club with its banked concrete velodrome - to ask if he was taking donations. Sure. The man handed him $50.

While sweeping outside the hospice shop, getting it ready for opening in Covid-19 alert level 2, a woman slipped him a $5 note and said good luck.

A printer in town has donated some t-shirts. Others have offered to ride along with him, so he's broken the route down into seven laps, so people can slot in and out, keeping within the Government's guidance around gatherings of no more than 10.

"The hospice here is such a well-known, understood, and respected good cause, which relies on charitable donations to operate, and the people have always got well in behind it," Todd says.

He doesn't know exactly how much has been raised yet – and doesn't have a final target in mind.

But again he looks to Captain Tom Moore for inspiration.

The former British Army officer started making laps of his garden with the aim of raising 1000 British pounds for an NHS charity.

He's since raised more $23 million and become a worldwide figure, hailed by Prince William as a "one-man fundraising machine".

Todd is a veteran of the Otago Rail Trail and biking tours of Vietnam's Mekong Delta, the Danube riverside in Germany, and a meandering pedal along the Canal du Midi in southern France, with many cafe stops along the way.

And although he's never biked 73km in one attempt before, he's up for the challenge. People have told him to fuel up on pasta the night before. And take on lots of water and power snacks.

He thinks he'll be right.

"I did 44km yesterday and feel reasonably fit," he says.

"Marathon runners don't do marathons in training, do they? I should be okay."