Family in battle for musician's body 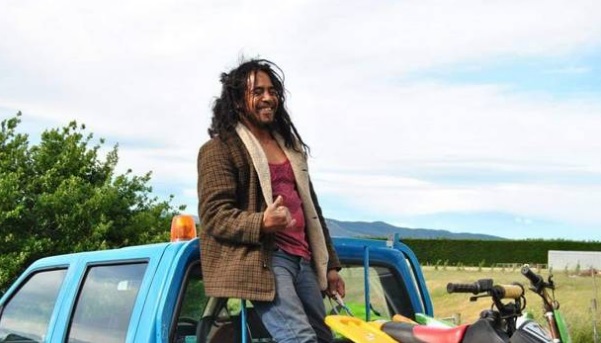 Colin McCormick died after being struck by a car outside Kaiapoi last month. Photo: Supplied via NZ Herald
The family of a Canterbury musician who died after being hit by a car last month are battling a woman they say is an "ex-girlfriend" to have his body released for a funeral.

Colin McCormick (44) was struck by a car on Beach Rd outside Kaiapoi about 1.10am on Friday, August 23. He died at the scene.

But a row over what to do with his body has erupted in the days following his death.

A North Canterbury woman has been named next-of-kin, which his blood relatives dispute. They say the body should be released to them so they can give him a big funeral send-off.

Family members spoken to by the New Zealand Herald believe hundreds of people want to attend a funeral service, including the driver of the car that struck McCormick, who was wearing dark clothes, on the unlit country road.

They are dismayed at the time elapsed since his death.

"Bro would've wanted a funeral where everyone could come because he was a show-off – he thought he was a superstar and he acted like it," says his sister Missy Hinemoa Macpherson.

"We just want a good funeral, halve the ashes, and give him a proper send-off."

The Coroner's office won't release the body while there is a dispute ongoing.

Police today said they are "aware of a dispute between two parties" following McCormick's death.

"Police have been speaking to those involved, and they have also been advised to seek legal advice," a spokeswoman said.

Both families have now engaged lawyers, the Herald understands.

McCormick's family say he was a well-loved "lovable rogue" and a free spirit who never liked to be tied down.

He'd been married once before and was engaged twice, including to another woman at the time of his death, they say.

"He didn't really have a spouse – he had girlfriends everywhere," Macpherson said.

"He kept his exes very close. He liked being looked after."

He'd been living with a mate in the Christchurch suburb of Spreydon at the time of his death and had just met another woman, his family believe.

The situation becomes even more complicated as McCormick was adopted when he was 7.

When he was 11, he was sent to live with other family members in Samoa before returning to attend Nga Tapuwae College in Mangere East.

It's understood his adoptive family support his body being released for a public funeral and would travel south from Auckland to say their final goodbyes.

The talented musician, karaoke enthusiast, and keen fisherman left Auckland in his early 30s before settling in Canterbury and the West Coast.

It's understood he was walking to the Waimakariri Rivermouth where he'd been whitebaiting, and where he used to fish with his mother, when he died.

Nearly a fortnight after his death, and with no funeral service yet in sight, his family say they are "emotional wrecks".

His mother is having anxiety attacks over the situation, they say.

"Our lives are on hold. There is no closure at all and we're all finding it very hard," said Macpherson who's taken time off work to fight for her brother's release. She says they'd even pay for the funeral themselves.

"Being Māori, he's been sitting in there on his own when somebody should have been with him the whole time. His spirit is what matters most."

The woman named as next of kin has been approached for comment.