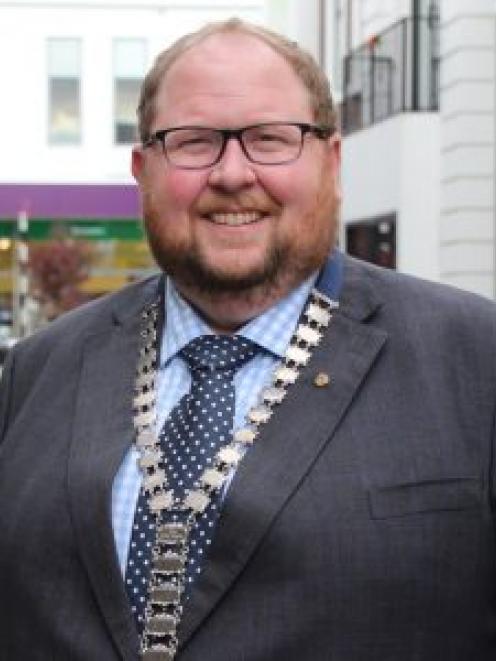 Councillors voted by 6-4 against accepting a report that would reduce Mayor Dan Gordon’s salary by nearly $7000 to $130,625 – a 10 percent reduction for the next six months due to Covid-19.

But the outcome was never in doubt, as the Remuneration Authority had already decreed that all elected members receiving a salary of over $100,000 were to receive a pay cut, following legislation passed by Parliament in May.

Mr Gordon voted in support of his own pay cut, but Deputy Mayor Neville Atkinson, Crs Al Blackie, Philip Redmond and Joan Ward all spoke out against it.

“I believe it’s wrong thing to do it to someone when you are leading the community in a crisis,” Cr Atkinson said.

“I think most people are working harder to get us through this crisis . . . I think it’s unfortunate that you are taking one for the team, Dan,” Cr Redmond said.

Business and town centres manager Simon Hart provided an update on efforts to develop a Covid-19 recovery plan, noting a good response had been received for the “Share an Idea” campaign which ended on July 3.

“Our site had 553 total visits and there were multiple ideas shared and several direct emails.

“A lot of the ideas were around events, promotions and shopping which are great because they bring people into the district, but business leaders would say that we need to look at things which provide enduring benefits, long term jobs and economic development.”

Mr Hart said 29% of respondents saw the well-being of residents as the number one priority among the six work programmes, with 25% identifying development sector support at the top of the list.

Councillors voted to adopt the Rangiora Town Centre Strategy and to establish a Rangiora and Kaiapoi Town Centres Strategies Implementation Programme Working Group, which will oversee the two strategies and any impacts from Covid-19.

Crs Niki Mealings and Al Blackie were appointed to a Sustainability Strategy Steering Group, as the council continues its efforts to improve its environmental footprint.

Chief executive Jim Palmer said it was important the council got “our own house in order” before championing sustainability in the community.

“It’s about making sure we are doing the things we should be doing in our organisation and once we are confident with that we can go out into community with our sustainability message.

“In my view, this is the ideal group for leading our engagement in the community, when the time is right.”

Cr Mealings said she was “excited” to finally be able to make some progress on developing a sustainability strategy.

“This is really important to our district and our while country and we need all of you on board.”