'Once the land’s gone, it’s gone': Meeting the demands of rapid growth in Nth Canterbury

Woodend-Sefton Community Board chairwoman Shona Powell says the board will be lobbying for community facilities to be considered as part of Waimakariri District Council's Long Term Plan process.

Powell was commenting on the latest consent numbers for new houses in the Waimakariri district.

Last year, Waimakariri District Council issued 582 consents for new houses, down slightly on last year but ahead of pre-earthquake years.

Woodend, Ravenswood and Pegasus accounted for 319 of those consents.

“It’s pretty amazing. It’s a really high growth area, which means the planning has to be happening now to cope with that growth the board this year,” Powell says. 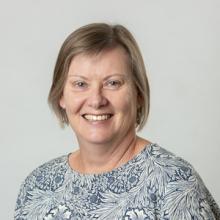 New community centres, a library and even a swimming pool are likely to be considered as part of this year’s LTP, she says.

“As a board, we have a wish list of things for the community and we will be pushing hard for that this year.

“I know the Pegasus Residents’ Group is looking at trying to get funding for a purpose-built community centre and I think we need to be considering if that is something that is needed in Ravenswood, or is the Woodend Community Centre going to be enough?

“If we are going to build these things, the key thing is to get the land set aside now, even if we don’t build them for another 10 years. Because once the land’s gone, it’s gone.”

Finding solutions for State Highway 1 issues, pedestrian safety, cycleways and algal blooms in Lake Pegasus are also priorities as the Woodend-Sefton Community Board looks to the future, Powell says.

“One of the challenges for us is that Woodend, Ravenswood and Pegasus are treated as separate entities and we don’t really have a defined town centre like Rangiora, Kaiapoi and Oxford.”

Another concern is a perceived lack of representation around the council table, as the area is included in the Kaiapoi-Woodend ward. This is something Powell would like addressed as part of the council’s representation review.