Tony marvels at the digital revolution 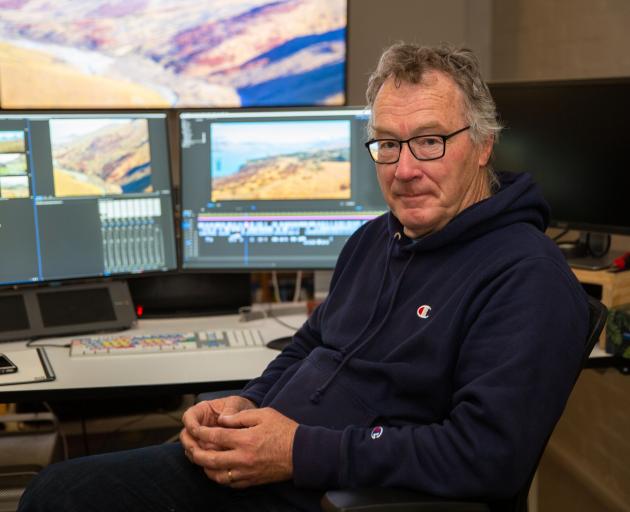 Tony Benny. Photo: Supplied
When Tony Benny started his journalism career in rural Timaru in the 1970s, he handed over his articles and photos to the local bus driver to take them to the main newspaper office.

Today, he uses cutting-edge technology to expand his video production and communications business based at Coopers Creek, near Oxford.

''It seems funny looking back and remembering hurrying to get my copy and photos to the bus driver before he headed off to Timaru to drop it off at the Herald.''

Tony started Upside Down Productions in 1998 while still working for Country Calendar.

He credits advances in technology, including camera equipment, the internet and new devices such as drones with enabling him to operate a nationwide business from a tiny Canterbury village.

''It was a gradual process as I started buying equipment and gaining clients, but without advances in technology I definitely wouldn't be where I am today.

''It's amazing that I can sit in my home office and upload videos or photos in a couple of minutes now, when I think about how it used to be.

''Everything has become smaller and more affordable over the last 30 years. Being able to capture drone footage adds a whole new dimension to my business.''

Tony says many advances have been made since the early 1970s when teleprinters were used in newsrooms across New Zealand. The machines printed out news from agencies and there would be a long trail of computer paper snaking through the studio each morning ready to be cut into separate page-sized sections.

''I remember we had one guy in the TVNZ newsroom in Dunedin whose sole job was looking after the teleprinter.

''It was something of a crisis when I was a sub editor at the Otago Daily Times if the teleprinters broke down - a man from the Post Office would be called in at any time of day or night to get them going again.''

When Tony worked for TVNZ in Wellington during the 1980s, the fax machine was viewed as a great step forward from teleprinters.

''To be able to type something and then feed it into a fax for it to be printed off in some other office seemed remarkable then.''

Tony laughs when comparing teleprinters and faxes to the technology used by his new drone. ''I got a phone call the other day when I was out getting some footage. We chatted for a few minutes then I said, 'I'll have to go - my drone's hovering up there waiting for me'.

''We're really lucky to have this technology available and to be able to teach ourselves how to use it.''

The broadband rollout has also helped Tony with improved internet speeds when editing videos and photos or voiceovers.

''When we first moved here, we had to get a second phone line for the internet, and everything was really slow but now it's almost as fast as the editing studio in Christchurch.

''I really enjoy being able to work from home and using the faster speed internet.''

Tony travels all over New Zealand to work with clients. He enjoys the flexibility of using his phone as a hot spot to deal with file requests and emails during driving breaks.

''Connectivity has really improved so I can respond to requests on the go now which wouldn't have been possible a few years ago in many rural locations.''

Cloud-based technology such as Dropbox and Vimeo have also made a huge difference to how Tony operates.

''Being able to store large files in the cloud makes everything easier. Before we had to burn a DVD and drop it off to the client which made everything more time-consuming. Everyone can view the most recent version of the file now and work on it or view it when it suits them.''

Tony plans to keep working past retirement age and says further advances will allow more people in his sector to continue working longer.

''I'll keep working as long as possible. Everything is getting smaller and lighter with new technology in terms of the equipment you carry in the field. As long as you stay healthy and keep evolving, anything is possible.''