Selwyn council to drop fines for all overdue library books 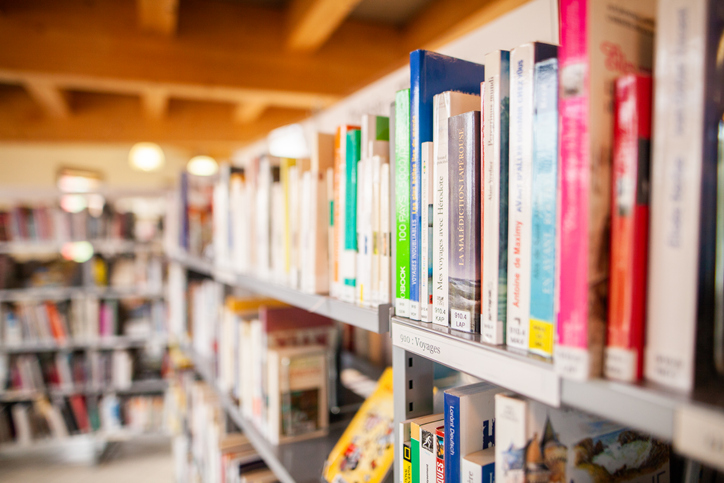 Photo: Getty
Tardy library users in the Selwyn district are in luck, with the council dropping fines for overdue books.

The head of Selwyn District Council's libraries, Nicki Moen, said during the lockdown their library was one of many which dropped overdue fines, and the council had now been given the backing to continue that for a two-year trial.

She said she hoped it would encourage more people to make use of the library, and she was not worried that books would never be returned.

"Colleagues, when they are not serving, will start phoning people with outstanding books. So part of my proposal to council was to be very active in trying to get those books back, and if they've been lost to get them paid for. So there will be some revenue generation from that. We're not going to let those lost books stay lost."

She said the move would cost the library some income, with the usual expectation of the library collecting $50,000 a year in fees and fines, dropping to $10,000.

Moen said if they got more readers, and attracted people who had been put off going to the library due to old fines, it would be worth it.

Association of Public Libraries executive director Hilary Beaton is welcoming the move, and said funding from fines was always uncertain anyway, because if everyone returned their books on time the library would get nothing.

She said fines did not ensure people return books on time anyway.

"There is no evidence that fines actually make people bring books back on time. That's an important thing. And I think if libraries are truly for everyone, they need to get rid of fines. On one side you have libraries saying we are the champion of democracy and we're glad to help, and on the other side you have these punitive fines that actually prevent people returning to the library."

She said it was the people who needed the service the most who were put off by fines.

"For some people $2 to $5 is nothing, for a fine or a hold," Beaton said, "but to others it's everything. And it's the others, where it's everything, that's where our concern is."

She said libraries were supposed to create a level playing field, but fees prevented people from accessing the resources.

"It's actually the fear of fines that stops them coming, and we don't want that."

At the moment Wellington City libraries is owed $504,402 in overdue fines, and one single customer, with the highest in overdue fees, owes $1193.59 in fines.

At the beginning of August, Christchurch City Council libraries were owed $69,163 in overdue fines and in the last year the council collected $315,916 in fines.

The head of libraries and information, Carolyn Robertson, agreed dropping fines could be beneficial, but said in the current financial climate she could not see how the library could make up the shortfall.

"To have something to offset the revenue that we actually bring in from library fines from another area of revenue, for example, I really don't have anything that could substitute for that," Robertson said.

"Our fines comprise of just over 20 percent of our current revenue and that's a considerable amount of funding."

Robertson said moving away from fines was a growing trend overseas, and she would watch with interest how things go in Selwyn.

Masterton District Council has also stopped issuing overdue fines since the Covid-19 lockdown, and a spokesperson said this would continue for this financial year, and be reassessed mid-2021.