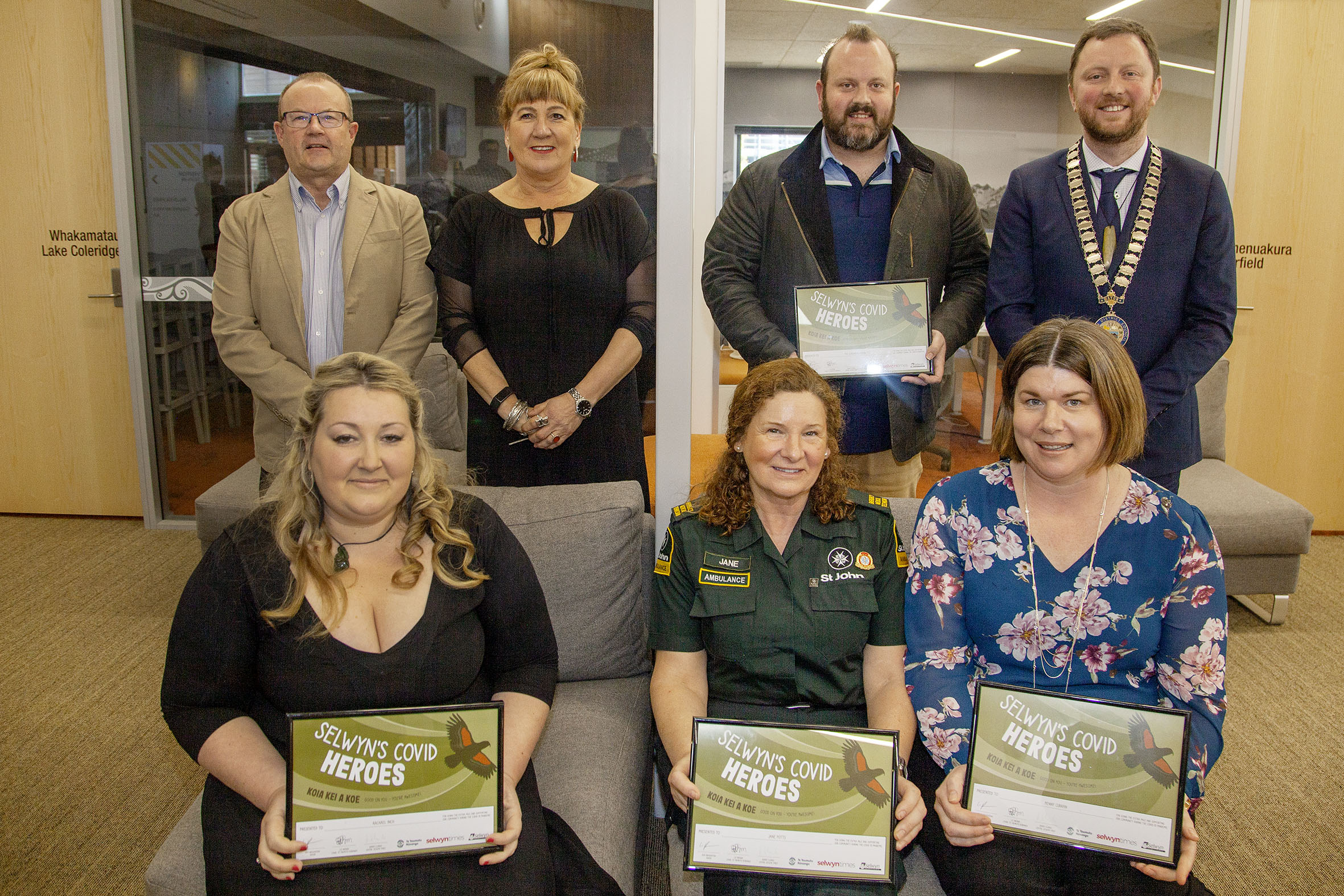 Selwyn’s Covid Heroes were honoured during a special awards ceremony at the Selwyn District Council office on Wednesday.

The council teamed up with Te Taumutu rūnanga and the Selwyn Times newspaper to launch the campaign in June.

Members of the public were asked to nominate their heroes’ in response to the overwhelming number of stories about individuals, companies, charities and essential service workers going the extra mile to help their local communities.

"It was important for us to recognise the amazing work in our communities; the people of Selwyn really had each other’s back," Selwyn Mayor Sam Broughton said.

"At the same time we wanted to give people the chance to say a public thank you to the person shop, school or organisation that made a difference for them."

Each of the 100 nominated people and organisations will all receive an identical certificate by post.

"I wish it would have been possible to give each and every person their certificates personally,” Broughton said.

"The amazing people here today are receiving their certificates in person on behalf of all the others nominations."

Rachael Inch, of the Selwyn Creative Network, received her certificate today. She was nominated for her community service.

"Often when we volunteer we do it without recognition or thanks so to be recognised like this is humbling,” she says.

Manu Rangimoekau and Paul Talbot run the Suburban Eatery in Leeston and were nominated three times for reaching out into the community with acts of kindness and generosity.

Rangimoekau said the nominations were "very humbling and so unexpected".

The other two nominations at the ceremony were St John ambulance volunteer Jane Potts, of Darfield, for her selfless dedication and professionalism to the community, and Penny Curran, of Lincoln, who was nominated for helping a vulnerable couple stay safe by shopping for them.