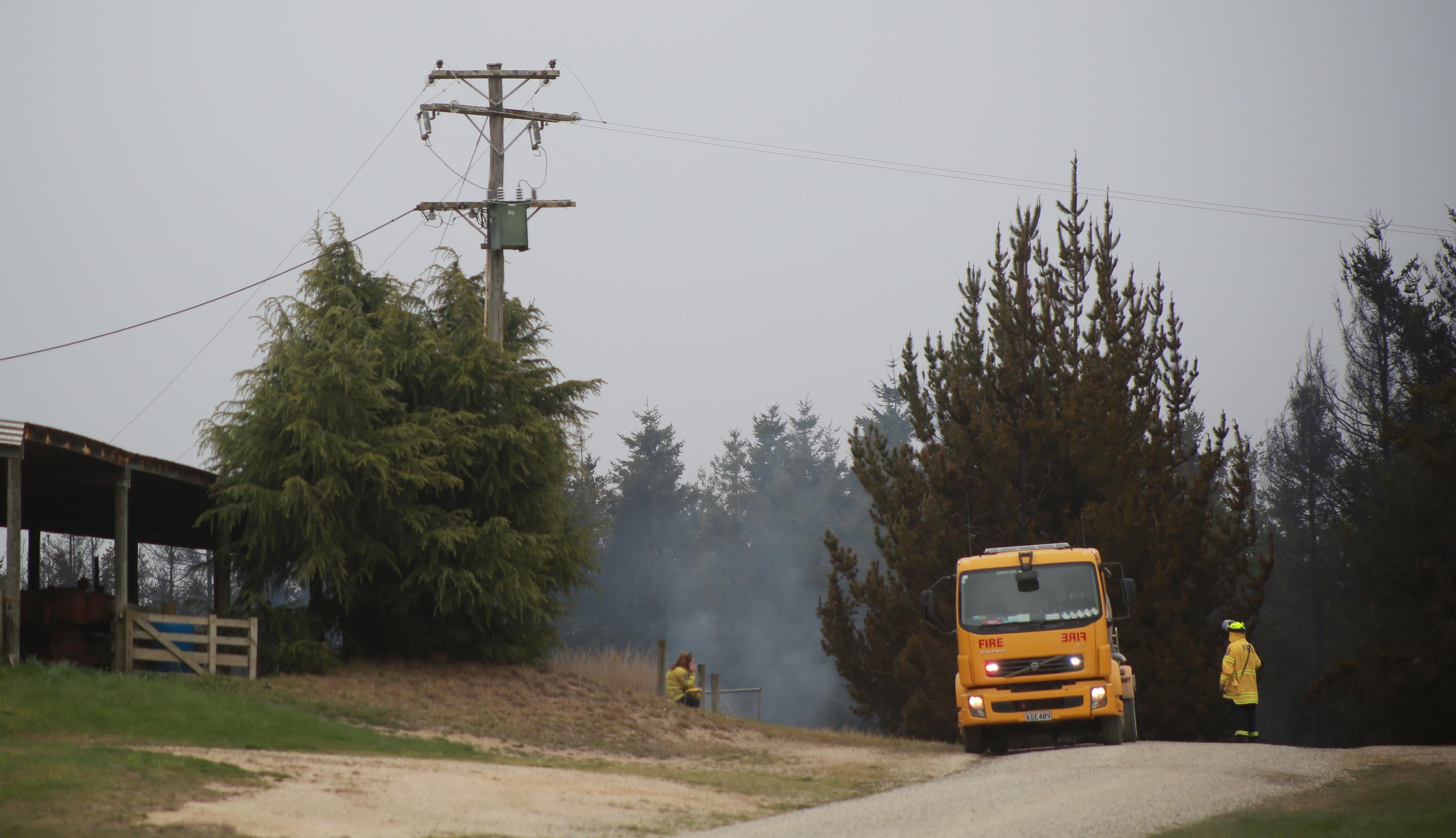 Firefighters work at the scene of the Livingstone blaze. Photo: Rebecca Ryan
A Livingstone farmer whose property was severely damaged by a 618ha fire has described the work of firefighters as "magic".

Fire and Emergency New Zealand (Fenz) was last night "mopping up" after the large fire in a pine forestry block which began at 3.15am on Sunday in Mackenzie Rd, near Livingstone, a Fenz spokesman said.

"A mention to our hardworking helicopter pilots and their support crew, also our forestry partners Wenita Forest Products (McHoull Contracting) and Port Blakeley who have also put in the hard yards over the duration," the spokesman said.

Farmer Dan Johnstone, who lost 20ha of trees in the blaze, could continue to operate on the farm, but said the clean-up would "drag on" for a while.

"It’s just another hurdle. You just put your boots back on," he said.

Several fences were damaged on the property, but no livestock were injured, he said.

Mr Johnstone was in awe of the work of career and volunteer firefighters to bring the fire under control in such challenging conditions.

The fire was fanned by strong winds on Sunday.

"They did a fantastic job and were an absolute pleasure to deal with," he said.

"They were helpful, respectful — magic, really.

The community came together and supported each other throughout the fire.

"It’s been pretty special," he said.

It was expected the cleanup would begin next week once fire crews were finished in the area, he said.

Livingstone resident Murray Smith described the blaze as a "freak of nature" and said it affected at least five farms.

A Department of Conservation crew also patrolled the perimeter last night and were to return this morning to mop up.