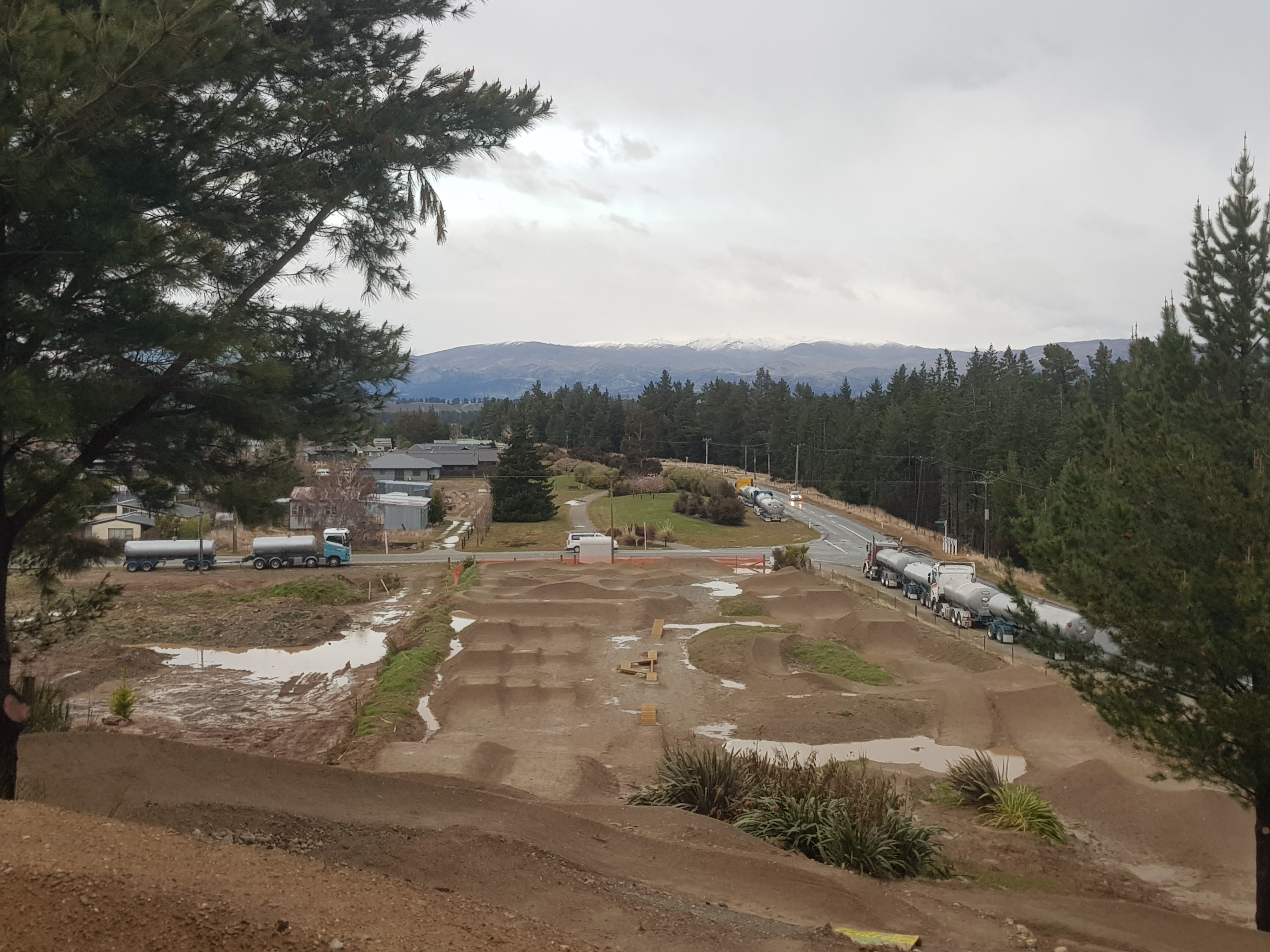 Robert White said late last week the truck and trailer units had been parked on Domain Rd and Noema Tce over the previous fortnight, up to five at a time.

Mr White said he believed the milk tankers were coming from Devon Dairy farms in Hawea Flat, and were parked on the Domain Rd road reserve and on Noema Tce until long-haul drivers arrived to drive them to Westland Milk Products in Hokitika.

"The trucks are here 24/7 and changeovers are all throughout the day, but most evident in the morning."

Mr White said the Capell Ave and Domain Rd intersection was not designed to take trucks that size and the trucks were frequently parked near a school bus shelter, next to a bike park, and blocked pedestrian access to the lakefront from Domain Rd.

"I have rung the NZ Transport Agency and there are no approvals for these high productivity motor vehicles [HPMV] trucks to be operating on these roads," he said.

Mr White said the milk tankers were also having a major effect on Gladstone Rd when going from Devon Dairy farms to Hawea.

"Some of these trucks are up to 60 tonnes which is 16 tonnes over what a normal truck is allowed, and this road is not even designed for regular trucks."

He had also contacted the Queenstown Lakes District Council about the trucks.

Council spokesman Jack Barlow said large truck and trailers that fell under the HPMV category — over 44 tonnes — required permits to use Gladstone and Domain Rds.

HPMV operators had to apply to the transport agency for permits to operate on these roads, he said.

Parking off a roadway was not allowed in the Queenstown Lakes district under the terms of the Traffic and Parking Bylaw 2018.

"After being made aware of the issue [in Hawea], the council enforcement officers contacted the owners of the tankers and notified them of the terms of the bylaw. This issue has subsequently been resolved," he said.

Calls to the companies owning the trucks were referred to Dynes Transport in Dunedin. Dynes did not respond to a request for comment. Devon Dairy did not return calls.